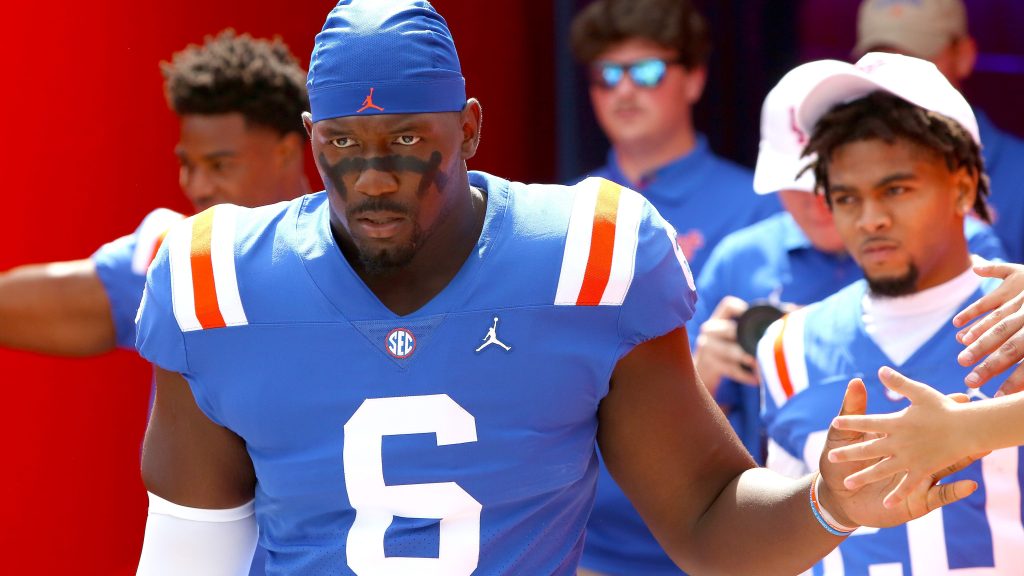 Florida has seen its first bowl game opt-out, as redshirt senior defensive end Zachary Carter announced in a statement on Twitter that he will be entering the 2022 NFL draft and will not play in UF’s Gasparilla Bowl matchup against UCF.

“I want to thank the entire Gator nation for the love over the last 5 years,” Carter said in his statement. “I will cherish my time spent here forever and I will always be a Gator (for life)! I came into The Swamp as a boy and I am leaving as a man.

“Most importantly, I want to thank my teammates for sticking together through all of the adversity we’ve been through. It was not a year we expected to have, but we stayed solid through thick and thin. I love y’all boys and we will forever be locked in! I know you will bring the Gator Standard back to where it should be. To my family, I do not know what I would do without you all. Thank you for having my back on this journey and the sacrifices you have made to get to this point. I love you all dearly!”

Lord I thank you for getting me to this point‼️ nobody but you☝🏾
GATOR 4L 🐊💙🧡 pic.twitter.com/7FfHsrE8gf

Carter is one of the few remaining holdovers from the Jim McElwain era, and he thanked both his former head coaches in his statement.

He could have been drafted last year, but he decided to return for his fifth season, a decision that is likely to pay off. He had the best season of his career, totaling 32 tackles as well as 11 tackles for loss and eight sacks (both career highs). Florida’s defense struggled this season, but he was the strength of the unit and the veteran leader of the front seven.

He finishes his UF career with 107 tackles (28.5 for loss) and 17.5 sacks in 46 games. He has already accepted an invitation to play in the Senior Bowl, which will take place on Feb. 5.