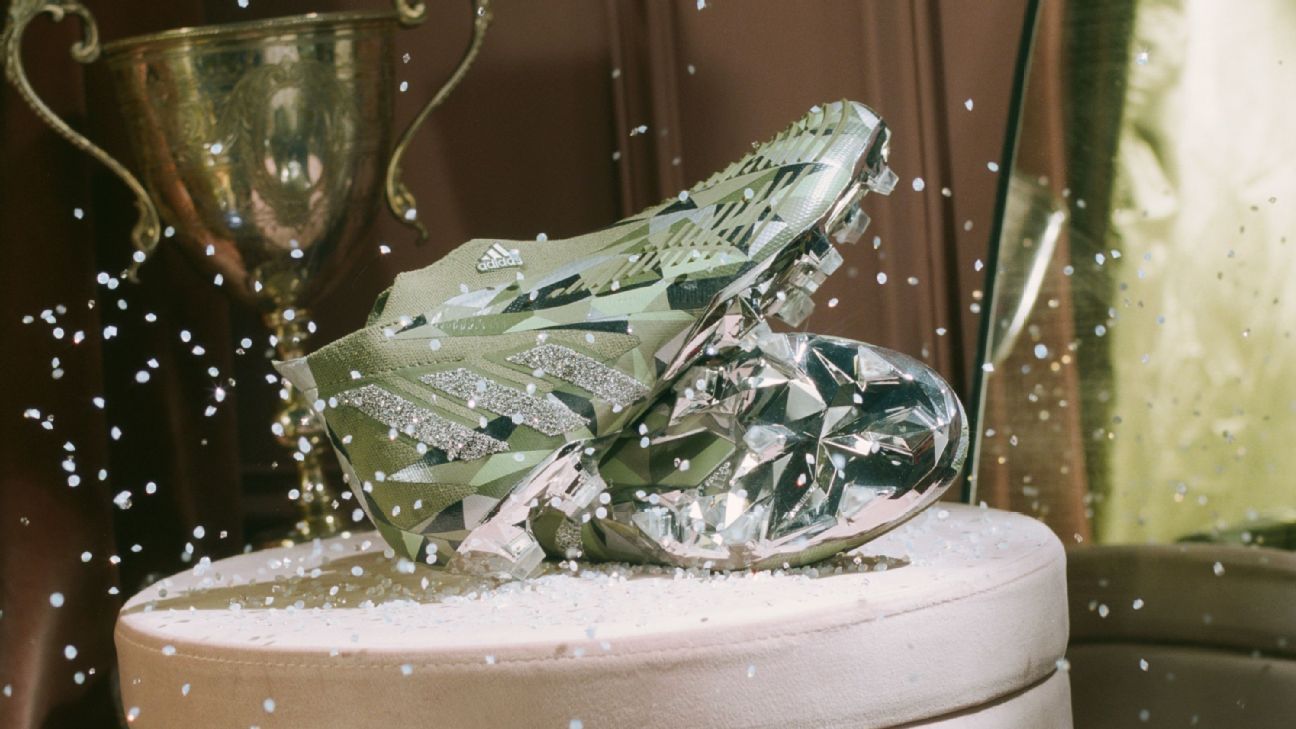 If the average pair of neon pink, rubber-finned, laceless soccer boots just aren’t quite ostentatious enough for your liking, then you might be interested to know that Adidas has designed a new limited-edition Predator that must rank among the blingiest boots ever created.

The new Adidas Predator Edge Crystal+ features all the standard hi-tech furnishings you would expect from the iconic boot, like the patented ribbed upper section designed to make the ball swerve more and the knitted collar that removes the need for laces.

However, it also has a distinctive, head-turning look thanks to the thousands of miniature Swarovski crystals embedded into the detailing. No wonder they are retailing in the UK for £300 ($392).

While the boot itself is a relatively understated “olive camo” base colour, the trademark three stripes are encrusted in glistening micro-crystals that are designed to sparkle on those big nights under the floodlights.

When your promo material involves football boots being worn in luxurious, gemstone-strewn hotel suites while an ornate candlelit banquet takes place, you know they must be something out of the ordinary.

The Swarovski Crystal+ boots were debuted in the Bundesliga last weekend adorning the feet of Jude Bellingham, who stepped out in style as Borussia Dortmund played host to RB Leipzig.

Unfortunately unlike his boots, Bellingham was unable to dazzle in any meaningful sense as Dortmund fell to a humbling 4-1 home defeat, thus derailing their title chase.

Several other players have worn Swarovski crystals on their boots in the past though the likes of Pierre Emerick Aubameyang and Alexandre Lacazette have had theirs designed and created by expensive third-party customisers.

Another example of PE Aubameyang the showman. At St Etienne he once wore €3000 Swarovski crystal encrusted boots #BVB pic.twitter.com/TajVNgAoEc

Obviously for the average 5-a-side player these Swarovski Predator boots might be a tad more challenging to pull off under the floodlights at the local leisure centre on a Monday night.

Anyone with the haute-couture style/bravery to stride on to the astroturf wearing them should be prepared to either be comfortably the best player on the pitch or risk being laughed off it.