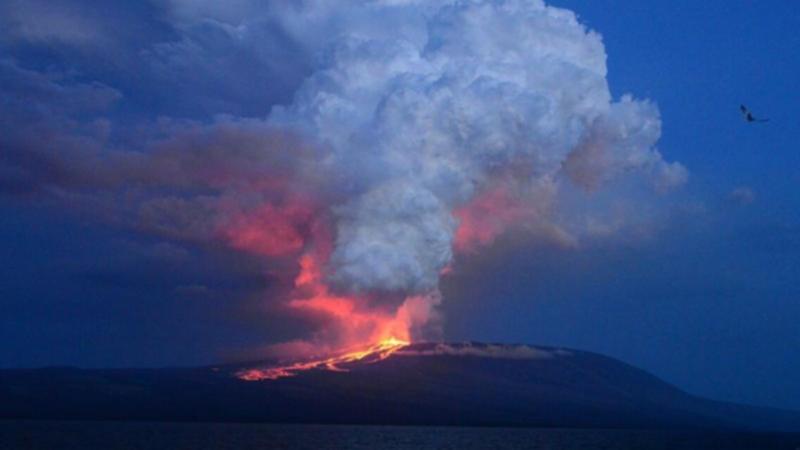 The tallest mountain in the Galapagos Islands has erupted, spewing lava down its flanks and clouds of ash over the Pacific Ocean, according to Ecuador’s Geophysical Institute.

A cloud of gas and ash from Wolf Volcano rose to 3800 metres above sea level following the eruption that began shortly before midnight on Wednesday local time, the institute said.

There was no immediate danger to populated areas, which are located at the opposite side of Isabela island, the largest in the Galapagos chain.

The 1701-metre volcano is one of numerous active volcanoes in the Galapagos, which are nearly 1000 kilometres from mainland South America.

Images taken from afar and circulated by the government showed glowing lava piercing through the pre-dawn darkness.