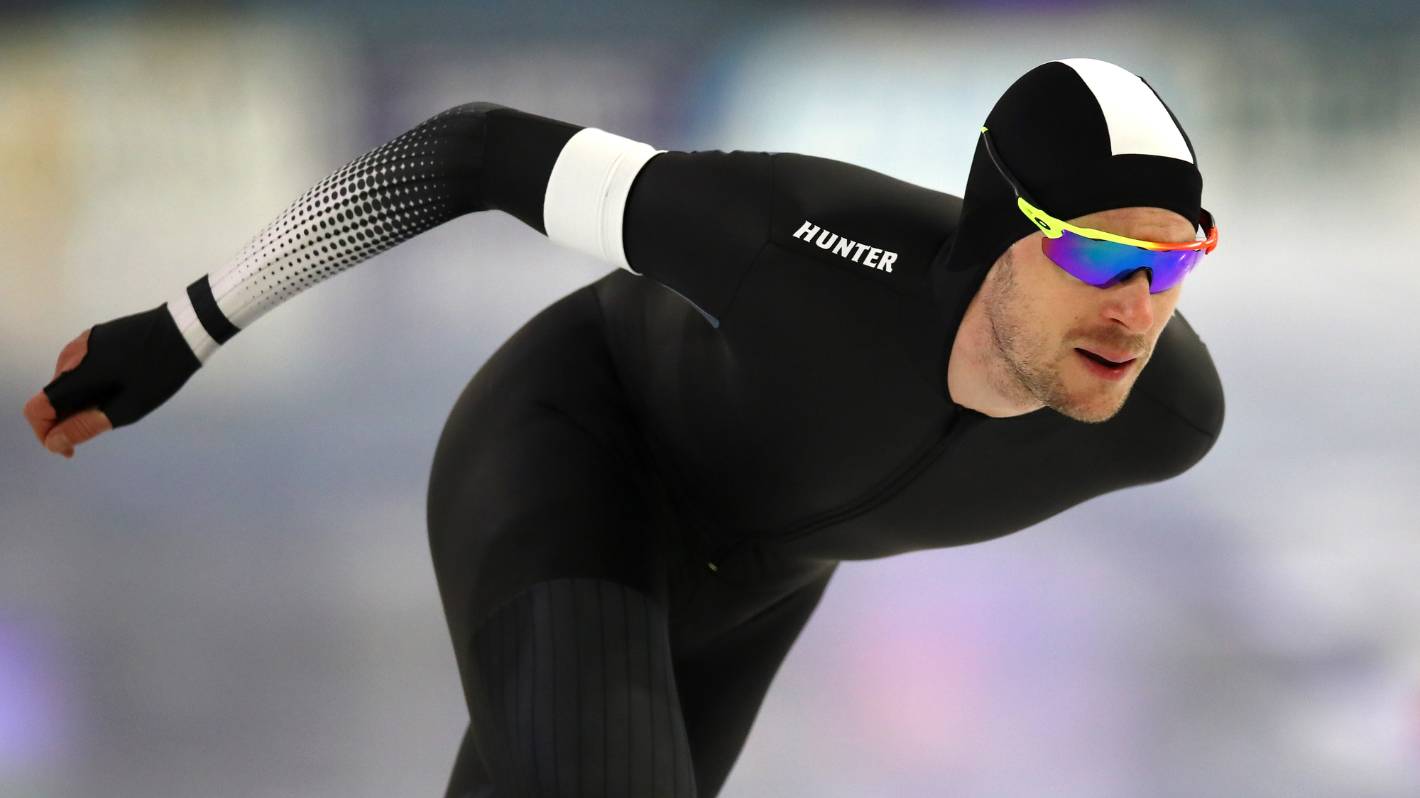 It’s the late show for converted Winter Olympics fans from New Zealand on Tuesday, with biathlon and speed skating the focus into the small hours.

Wright was the last of the 15 New Zealand athletes selected, and contests the men’s 20km individual starting at 9.30pm. Biathlon is a combination of cross-country skiing and shooting.

Kiwi medal hope Alice Robinson finished well down the leaderboard in the women’s giant slalom at the Winter Olympics.

Just 19, Wright had a chance to represent the United States through his parents who are American and New Zealand citizens, but he made it clear his first preference was the silver fern.

Wright said: “I’m stronger at the skiing, so I’m working hard to improve my shooting. The trick is not to overcook yourself before you get to the range, you need to chill and get your heart rate down before you start trying to hit the targets.”

Meanwhile, a familiar name returns, with Michael back to try and go one better than his dual fourth placings on the ice in 2018 – in the 5000m and relay.

The Palmerston North athlete has trimmed his famed mullet down to Jim Morrison shoulder-length inspired locks.

He said the toughest part of the 1500m was getting up to speed quickly. “The 1500 is pretty much bang up to 100 mile an hour as fast as you can and then holding it. So that’s been a difficult point for me.”

Kiwis in action on day four: