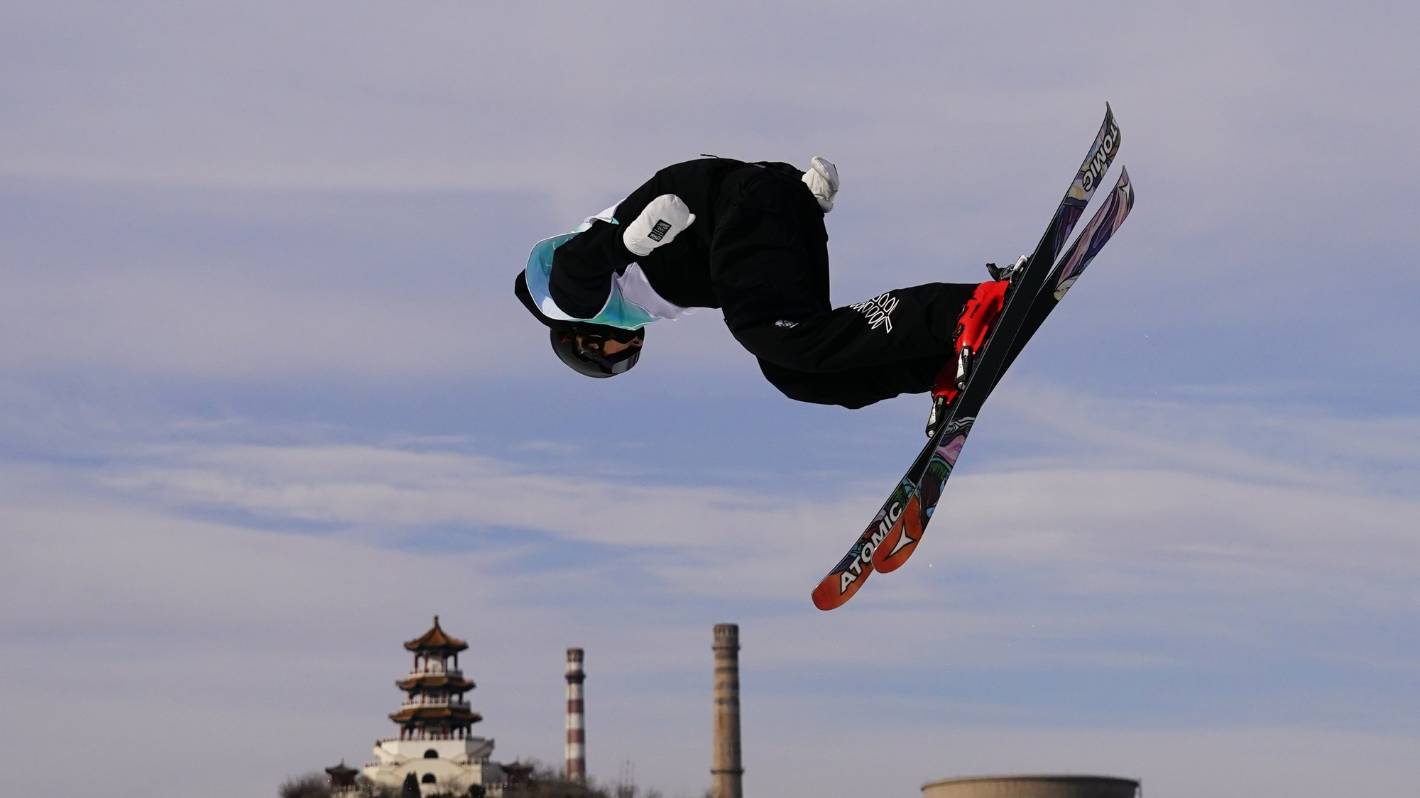 It looked like Ben Barclay had done enough to contest the Winter Olympics medals, after nailing his final run and getting a congratulatory hug from team-mate Finn Bilous.

But it wasn’t to be for the New Zealand freeskiers who both narrowly missed the top-12 in the men’s big air competition on day three on Monday.

Barclay looked overjoyed after his third and final qualifying leap, which earned his best score of 84.5 which left him 12th overall, inside the cut line for Wednesday’s final.

Boycotts, Covid and bubbles – the Beijing 2022 Winter Olympics will be unlike anything we’ve seen.

He was soon overtaken by France’s Antoine Adelisse who produced an 83.75 final score to give him a 163.25 total from his best two scores. Barclay’s combined 162.75 wasn’t enough.

He ended 16th of 31 while Bilous, who carried the New Zealand flag with Alice Robinson at Friday’s opening ceremony, finished 18th after producing his best score of 82 at his third run. His total was 155.75.

“I just got bumped out, unfortunately, I’ve never really been in that position so I’m really stoked to put down the best skiing that I could today. Regardless of not making finals I’m still super happy,” Barclay told Sky Sport.

The 12th and final qualifying score was 170, by Swede Jesper Tjader.

Norway’s Birk Ruud was top qualifier with a combined 187.75 including a mind-boggling 94.5 with his first attempt.

“The boys have been seriously on this contest, every jump has been mental. Standing at the top each time you’re seeing new tricks go down, it’s just been insane to witness,” Bilous told Sky Sport.

“It’s a subjective sport and as long as you put down the runs you’re happy with then that’s all you’ve got. Sometimes you end up on the right side of the fence, and sometimes you don’t. Unfortunately today, some of the jumps I didn’t feel I got rewarded the way I would have liked.”

Barclay and Bilous now switch focus to the slopestyle event next Monday.

It was a tough day for the New Zealanders at the Big Air Shougang course, with Margaux Hackett crashing in her first two runs to finish 22nd out of 25.