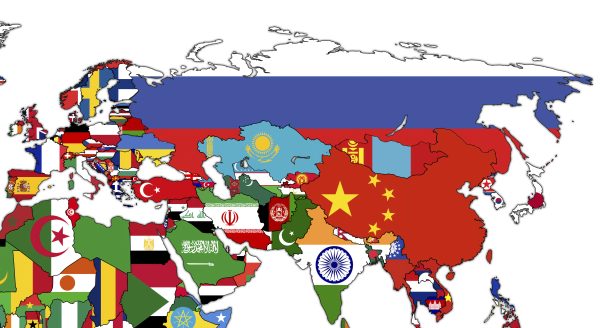 With Europe’s near-complete rejection of the Ukraine invasion, will Russia start to embrace a new, Asian identity?

As the Russo-Ukrainian War continues, Ukrainian President Volodymyr Zelenskyy has been consistent in his plea for continued help from his European neighbors to the west. He spoke about Ukraine as an integral part of Europe and said that Ukrainian defeat in the war will symbolize the failure of Europe to defend itself. He pleaded with the European Union for the immediate admission of Ukraine as a member, so that the country can receive formal assistance through the proper channels of the EU’s humanitarian aid as the country’s civilian population suffers the destruction of their livelihood and homeland in the face of Russian onslaught.

Zelenskyy’s plea for help from Europe contains an implied message that places his country within Europe and Russia outside of it. By framing the Russo-Ukrainian War as a war against Europe, Zelenskyy suggests that Ukraine, as a European country, is facing an invasion of Russia, a non-European one, which does not abide by essential European values such as democracy and humanitarianism. Zelenskyy’s characterization has found resonance among his Western backers, with the United States specifically equating the protection of democracy in Ukraine with securing the European way of life in the country, and in the process, labeling Russia as an autocracy with Vladimir Putin as an emerging dictator.

The characterization of Ukraine as a European democracy fighting against a foreign invader that does not share its values is problematic on two fronts. On one hand, the characterization essentially implies that Russia, being an autocratic state, is not European but something else – and given Russia’s geography, that “other” identity can only be Asian. This ignores the fact that geographically speaking, more than 77 percent of the Russian population lives on the European continent, making it the most populous country in Europe. The fact that 84 percent of the Russian population is White also makes it difficult for the country to be defined as Asian in ethnic origin. To suggest Russia is not European ignores geographic and demographic reality.

On the other hand, to call democracy a defining value of Europe also masks ideological limits as the idea pertains to Asia. While the likes of Cyprus and Israel claim a European identity based on the ethnic origins of their population and democratic ties, despite being squarely located in Asia, Asian democracies farther to the east, from those with longstanding interactions with Europe like Japan and South Korea to those with majority White populations like Australia and New Zealand, cannot claim a European identity. To equate Europe with democracy still does not provide a useful definition of the continent as separate from Asia.

Yet, as Europeans treat Russians as a non-European “other” on the edge of the continent, it is important to remember that formerly Russians were embraced as Europeans. The collapse of the Soviet Union, for instance, brought about the emergence of a new Westernizing elite in the country that sought to use the newly found European support for more political and economical integration with the continent. The post-Soviet zeal for Europeanization harks back to the original Europeanization effort of czarist Russia when the country adopted European customs in a top-down fashion in the path toward modernization.

However, as European sanctions toward Russia tightens, the country’s economic future, at least for now, lies with Asia. As European firms pull out of Russia in response to the war in Ukraine, the country is becoming more reliant on Asian, especially Chinese, firms that decided to stay put. As Russia’s economic linkages with Europe become less important vis-a-vis Asian ones, it is possible that Russian sociocultural and political identities also become less European and more Asian over the coming years.

The war in Ukraine, judging from the almost united European support for the Ukrainian military effort and aid for Ukrainian refugees fleeing their homeland, is a pivotal event that will further distance Russia from other European countries. While Russia emerges as an opponent of liberal Europe, it remains to be seen whether the country will become more Asian in tandem due to the lack of demographic and cultural ties to the continent. European sanctions and rhetoric against a non-European Russia may continue for years, but an alternative Russian identity as an Asian state still has a long way to go before it is clearly defined.