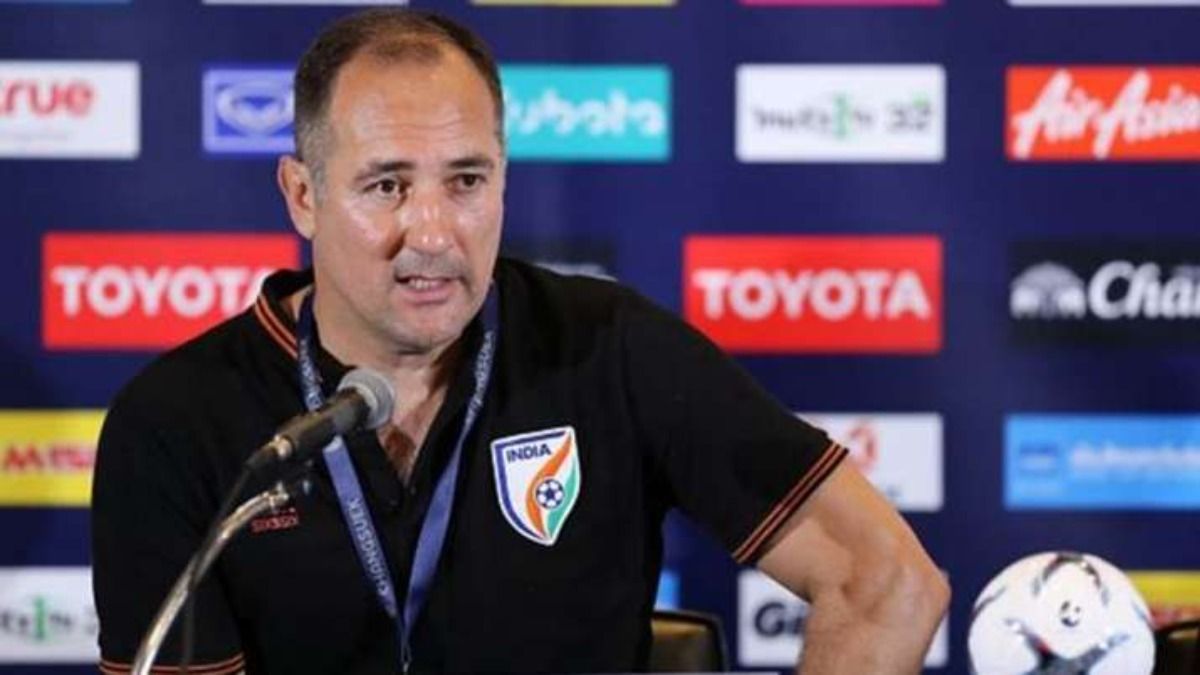 Male: Indian football team head coach Igor Stimac said on Friday that he will be keeping a close watch to ensure his side doesn’t cross the fine line between confidence and overconfidence when they meet Nepal in the SAFF Championship final here on Saturday.Also Read – Nepal’s Teamwork a Worry For India’s Sunil Chhetri Ahead of SAFF Final

“We are not allowing complacency to step in. We are aware of what we need to do. There is a very tiny (fine) line between being confident and overconfident and I am keeping a close eye that we don’t cross that line,” Stimac said on Friday. Also Read – Sunil Chhetri Breaks Pele’s Record, Becomes Joint-Sixth in List of Most International Goals

“We are rising as a group, as a team and as a big family playing better football with every given day. We have to be patient, keep working hard and be confident. Nepal are a known opponent to us, as much we are to them. We take confidence in having won the last two matches. But I reiterate, we are not overconfident,” Stimac added. Also Read – India vs Maldives Live Streaming SAFF Championship 2021 in India: When And Where to Watch IND vs MAL Live Stream Football Match Online on Discovery+, JIOTV; TV Telecast on Eurosport

India had their practice session earlier on Friday, and the to-and-fro travel was turbulent — the Indian Ocean being extremely rough which led to some boys experiencing nausea.

Assistant coach Shanmugam Venkatesh said that the boys need to “enjoy the final”.

“Nepal are an extremely competitive team, and the motivation of playing for both teams in a final is quite normal. We respect Nepal as a team. We have told our boys to enjoy the final,” Venkatesh, who won two SAFF Championships as a player, said.

“It gives us the satisfaction that there are some boys from the U-17 World Cup batch who are settling in fast into the senior team. The players realise the importance of the final and the character on display after the first two games have been exemplary. Youngsters like Lalengmawia, Suresh, Yasir have played a huge role on and off the pitch, while the seniors have gelled well with Sunil, Gurpreet, Kotal, Subhashish, and Bheke leading from the front to keep the flag flying high,” he said.

“We are ready to give our best in the final. We understand that it won’t be an easy match. We are a young team, and the coach wants to build up a team for the future. I am eager to play my part as much as the others,” Lalengmawia said.

“The medical staff needs to be lauded. Playing 5 matches in 13 days is tough on the players, and there is no way it would have been possible had not the medical staff worked incredibly hard to keep them fit,” Venkatesh explained.