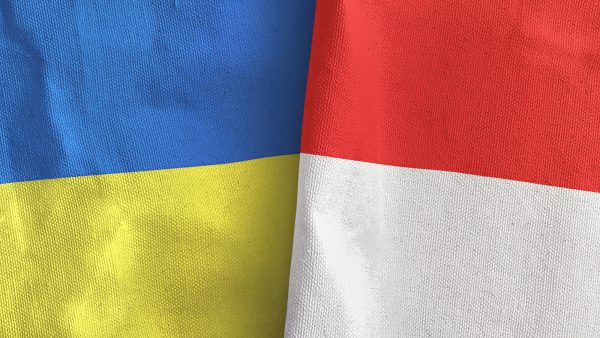 In an increasingly turbulent global strategic environment, it is high time for Indonesia to get off the fence.

Indonesia has good reason to stand with Ukraine in the present conflict with Vladimir Putin’s Russia. The two countries have enjoyed strong links since the establishment of diplomatic relations at the end of 1991, shortly after the dissolution of the Soviet Union. Indonesia established an embassy in Kyiv in 1994, followed by the opening of a Ukrainian embassy in Jakarta in 1996. Diplomatic relations have been matched by strong trade links and cooperation in the fields of heavy industry, space technology, and exploration, as well as a range of other trade sectors. Over the years the volume of trade between the two countries has been strong, although the balance has been in Ukraine’s favor.

President Joko “Jokowi” Widodo has called for a ceasefire in Ukraine, advocating dialogue rather than economic sanctions, while the Indonesian foreign ministry has expressed its concern for the Russian invasion without naming the aggressor directly. The problem here is that this is not a conflict in which both sides are equally responsible: Russia unilaterally invaded Ukraine and continues its aggression despite the condemnations of much of the world and a fierce campaign of economic sanctions by the advanced democracies.

To be sure, the war has placed the Indonesian president in a difficult position given that his country also enjoys close ties with Russia. Nevertheless, it is not enough for him to condemn the aggression privately, he must state Indonesia’s position clearly, even if he risks upsetting his own people, some of whom are disengaged with the West and have expressed support for the Russian actions online.

However, failing to condemn Russian aggression clearly is a false errand, given Indonesia’s dispute with China in the South China Sea and ASEAN’s precarious balancing act with China as a whole. To not speak out now could embolden China to take aggressive action against Taiwan and in the South China Sea. China is a close partner of Russia and has tilted toward Russia in its war in Ukraine, breaking with its avowed respect for the norm of national sovereignty.

Another signal that Jakarta might want to pick up on is that the West has not been so aligned on a  single issue since the end of the Cold War. Western ties have been strengthened by the brazen Russian aggression on NATO’s doorstep, which has strengthened transatlantic ties and created a real risk of spillover. Jakarta might have to choose sides, as Singapore has done, on the understanding that not condemning Russia now for horrific barbarity risks giving a carte blanche to China to act more aggressively in Asia in the future.

Even Australia, which recently strengthened its military and diplomatic ties with the West, signing a multibillion-dollar defense contract for new nuclear submarines with the U.S. and U.K. governments, is putting pressure on Jakarta and ASEAN to take a stronger stand on this issue.

It is time for Indonesia and ASEAN to choose sides. The nation’s traditional non-aligned stance is not cut out for a more potentially conflict-ridden 21st century, in which the U.S. is moving to contain the growing authoritarian threat posed by China and Russia. Indonesia is a democracy. It should stand up for democratic values of peace and civility.