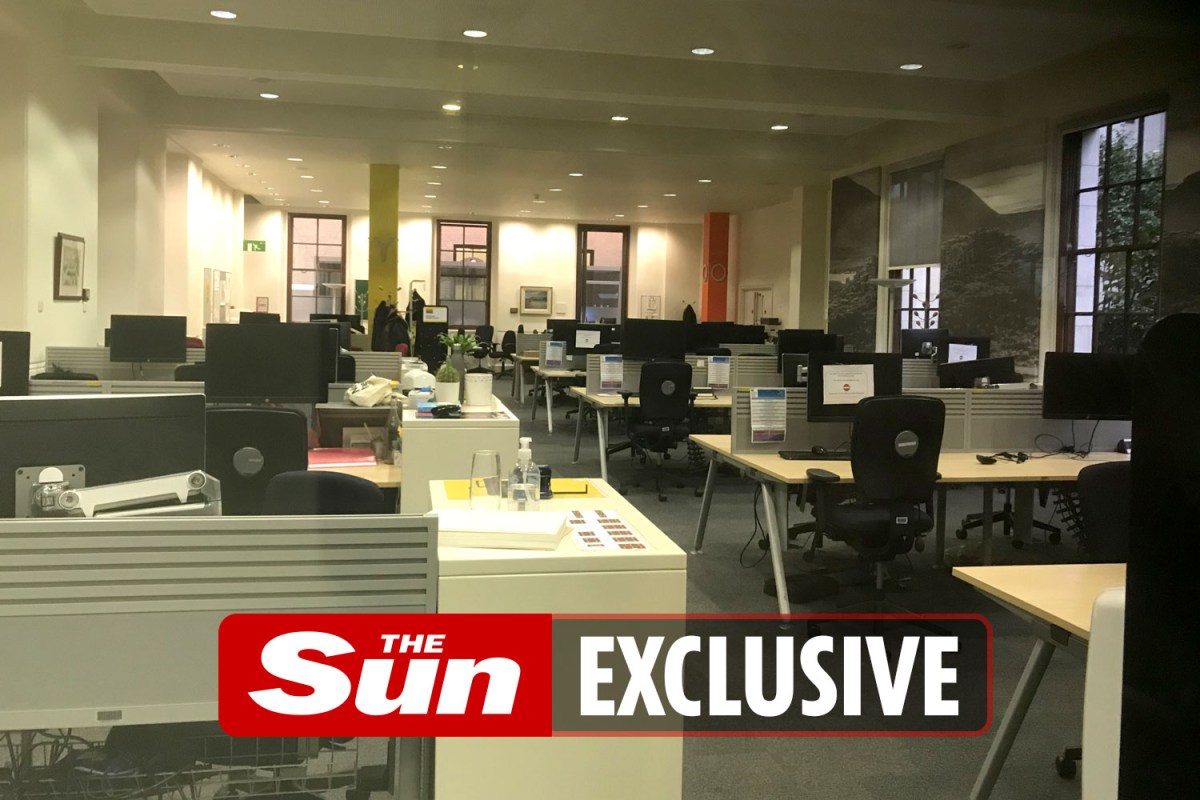 WHITEHALL resembles a ghost town as civil servants continue to defy orders to return to the office.

Government departments had rows of empty desks on Friday — while hard-hit taxpayers have to pick up a £50million-a-week bill for lighting, maintenance and security.

Ministers have demanded their officials lead the way in a return to pre-pandemic working arrangements.

But a week after the order was issued, office floors were deserted as staff continued to work from home.

The bright and airy canteen at the Treasury, a spectacular listed building in a prime location, was virtually empty.

Exclusive pictures obtained by The Sun on Sunday reveal the full extent of stay-at-home culture that still exists in Whitehall after the lifting of most Covid restrictions.

Cabinet Office Minister Steve Barclay called for a move away from a reliance on video meetings and a return to their workplaces.

More than a week ago, he said: “It is important that we now see the maximum use of our office space being made from next week, as we build a strong recovery after the ­disruption of the pandemic.”

But the pictures — captured at 11am on Friday — suggest his message fell on deaf ears.

Total operating costs for the Treasury property portfolio, including the historic building in Whitehall, was close to £20million in 2019-20.

It is expected that civil servants and other office workers returning to the office will bring economic benefits for businesses across the country, with sandwich shops and the hospitality sector due to see a dramatic increase in footfall.

Former Tory leader Sir Iain Duncan Smith said it was shameful that the department at the centre of the tax and spending regime had so few people at their desks.

He declared: “It seems another case of Westminster telling everyone ‘Do as I say, not do as I do’.

Sir Iain added: “It is shameful that so many civil servants in what must be the most important department in government right now are absent from their desks.

“No doubt many are in comfortable surroundings at home, possibly on their Peloton bikes while the people they are meant to serve are struggling with everyday bills.

“Where are all those clever people who come up with those bright ideas in the Treasury now? They should be back at their desks like the rest of us.”