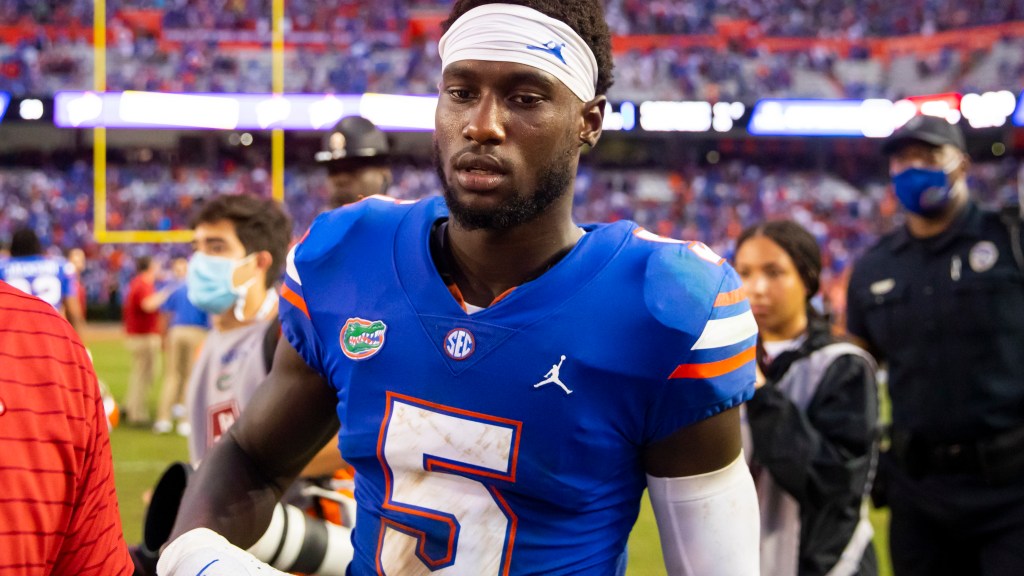 It wasn’t that long ago that Florida cornerback Kaiir Elam was considered a potential top-10 pick and the 1a-1b option at the position alongside LSU‘s Derek Stingley. But it wasn’t exactly the season many envisioned for Elam. Though he was a difference-maker and certainly the Gators’ best player in the secondary when he was on the field, some injury issues held him out of three games.

Those injuries have no doubt played a role in the latest 2022 mock draft from ESPN’s Todd McShay dropping Elam lower than he’s been most of the season. Though McShay still has him as a first-round pick, he projects that Elam will fall to the Arizona Cardinals with the 30th pick.

Robert Alford might not be back, and Byron Murphy Jr. had been more of a slot cornerback before this season. Elam’s track speed and high-level instincts would boost that cornerback group out of the gate. Plus, he is scheme versatile and brings on-ball production, with 19 pass breakups and six interceptions over three seasons.

This move would reunite Elam with his college teammate, Marco Wilson, who was a fourth-round pick this past draft and has appeared in 12 out of 13 games for the Cardinals. In Elam, the team would get a true No. 1 corner, which is among the Super Bowl contender’s biggest needs.

Elam’s Florida career didn’t end exactly as he likely planned, but he is still considered a first-round prospect despite being limited by injuries. It’s worth noting that, unlike teammate Zachary Carter, Elam is yet to declare for the draft or make a decision on whether he will participate in Florida’s bowl matchup against UCF.