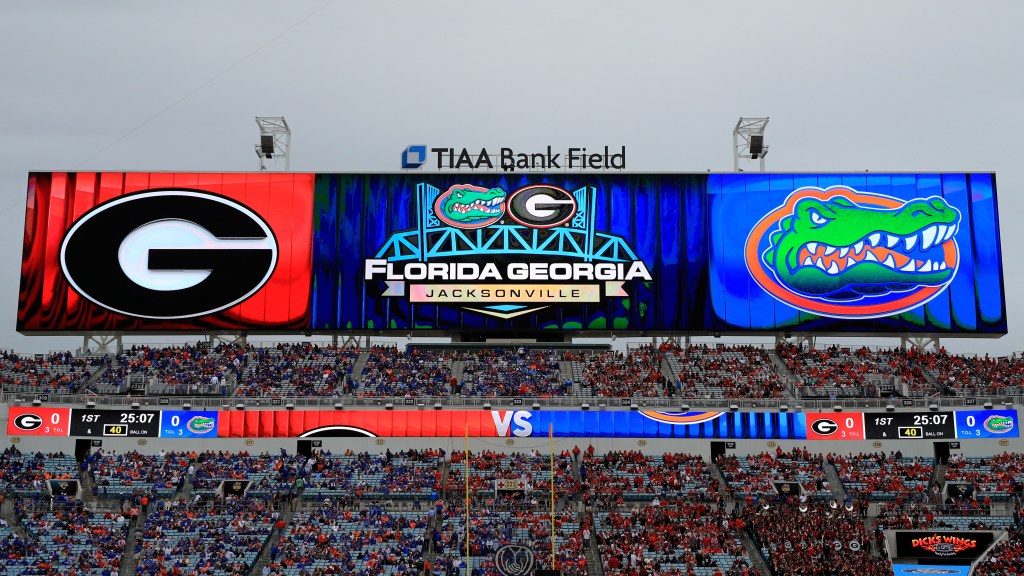 Full disclosure: This opinion is coming from a very biased place. I was born and raised in Jacksonville, and the annual Florida-Georgia game at TIAA Bank Field is one of the best spectacles in all of college football. You will not convince me otherwise.

I certainly understand the appeal of moving this game to a home-and-home format, or at least a rotation that includes home-and-home matchups as well as the neutral site game. Even a packed NFL stadium split 50/50 doesn’t quite match up to a college football home environment. I get that.

But there’s just something special about this game being played in Jacksonville. Fans from both schools piling into the city for a rivalry weekend creates an unmatched atmosphere, and this one of the very few historic rivalries to be played at a neutral site. The only comparison is the Red River Showdown between Texas and Oklahoma, which is still played annually at the old Cotton Bowl Stadium.

Georgia and Florida have played in Jacksonville since 1933, just one year after Red River started playing at the Cotton Bowl, and frankly, I think it would be a great loss for not just these two programs, but college football as a whole, if this game were moved to an on-campus format.

Now, to the biased part. The recession in 2008 hit the city of Jacksonville particularly hard, and it has taken a long time to recover. The business that game brings to the city is absolutely crucial, and it would be a massive loss for it if that game were moved. As a Jacksonville native, that’s a concerning prospect to me.

I know that it wouldn’t exactly be unprecedented to play this game in Gainesville and Athens. In 1994 and 1995, the teams did just that as the Gator Bowl Stadium was being rebuilt to house the NFL’s expansion Jacksonville Jaguars. Could I be swayed to do this again and have a one-off home-and-home? Perhaps.

Maybe I’m just being a purist, but permanently moving this game away from Jacksonville would just feel wrong to me. And even a 3-4 year rotation would make the Cocktail Party in Jacksonville far too infrequent for my liking.