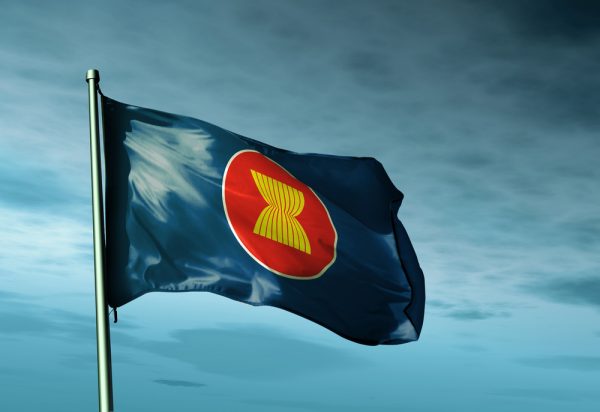 The ASEAN State of Climate Change Report (ASCCR) was launched on October 7 by the Association of Southeast Asian Nations (ASEAN), a few weeks ahead of the 26th Conference of Parties (COP26) of the United Nations Framework Convention on Climate Change in Glasgow. The organization’s first integrated report on climate change is “forward-looking” and introduces “recommendations on making the transition toward 2030 and on to 2050 for both adaptation and mitigation, considering ASEAN’s development context and the long-term goals of the Paris Agreement.” What does it mean for ASEAN countries and the global community?

First of all, the ASCCR outlines ambitious regional targets for ASEAN, including explicitly announcing the goal of achieving net-zero greenhouse gas (GHG) emissions. In the document’s foreword, ASEAN Secretary General Dato Lim Jock Hoi stated that “the report provides an overview of the region’s current status on climate capacity, outlines how actions can be further improved, as well as identifies opportunities for cooperation and collaboration to support ASEAN’s efforts towards achieving the 2050 net zero transition targets.” ASCCR’s mitigation goal for the region is “realising net-zero GHG emissions as early as possible in the latter half of the 21st century, in order to keep the rise in temperature below 1.5–2℃ relative to pre-industrial levels.” In addition, GHG emissions need to be capped at peak levels as soon as possible after 2030 in order to keep to the schedule for attaining net-zero.

ASEAN countries’ climate targets are becoming even more ambitious. On September 27, Malaysia’s new Prime Minister Ismail Sabri Yaakob announced that the country aims to achieve carbon neutrality as early as 2050. This is one of the most aspirational timelines for net-zero emissions in the region, surpassing the targets of Indonesia (net-zero in 2060) and Singapore (as soon as possible after 2050). In addition, this year Laos presented a conditional GHG emission reduction target reaching net-zero in 2050, and last year Cambodia presented an aspirational official emission reduction scenario reaching net-negative by 2030. In a nutshell, with a broad range of target years, each ASEAN country is outpacing ASEAN’s regional goal for mitigation.

The ASCCR also explains that ASEAN will achieve net-zero GHG emissions in due course while each of its member states simultaneously achieves development and adaptation goals of attaining higher adaptive capacity and resilience. It projects that ASEAN’s population will reach 770 million by 2040 and that, considered collectively, their economies are likely to become the world’s fourth largest by 2030. According to the report, the “India–ASEAN–China corridor” is expected to be the world’s “golden arc,” driving global growth and trade. Moreover, the report shows hopeful visions of future societies, in addition to economic growth, including enhanced quality of life in Brunei, peace, prosperity, and democracy in Myanmar, elimination of poverty in the Philippines, low-carbon and climate resilient prospects in Singapore, security, prosperity, and sustainability in accordance with the Sufficiency Economy Philosophy in Thailand, and modern industrialization in Vietnam. Raising climate ambition is no longer seen as a constraint for economic growth, but instead is an important driver of the multifaceted societal transformation toward ASEAN’s long-term climate vision in 2050.

However, the ASCCR states that currently the region’s aggregated GHG emission reduction targets for 2030 are still insufficient to be consistent with the temperature goals of the Paris Agreement. Furthermore, the report describes how the ASEAN Comprehensive Recovery Framework and its implementation plan – with five strategies on health systems, human security, intra-ASEAN market and economic integration, Digital Transformation, and sustainable and resilient recovery – will need to add a green recovery perspective immediately. In the report’s foreword, the ASEAN secretary general notes that “to support the speedy and just transition to net-zero, there is a need to significantly boost [ASEAN member states’] access to climate finance as well as knowledge and technology transfer on key priority areas, such as adaptation and mitigation measures, disaster risk reduction, and clean energy transition.”

The ASCCR reveals that ASEAN understands the urgency of the climate crisis and will make more ambitious efforts contributing to solutions by redesigning regional and national policy, mobilizing public and private finance, promoting technological development and diffusion, reshaping markets, and transforming the entire ASEAN community. As the ASCCR states, “In the same way that the first industrial revolution used fossil fuel energy to transform society, the ASEAN region must turn global trends towards a ‘decarbonising revolution’ to pursue net-zero emissions as soon as possible in the latter half of the 21st century.”

All people who are affected by climate change and the necessary multilevel transformation of society, including transition pathways for both adaptation and mitigation, and within such a short period of time, are impatiently awaiting fruitful discussions at COP26.