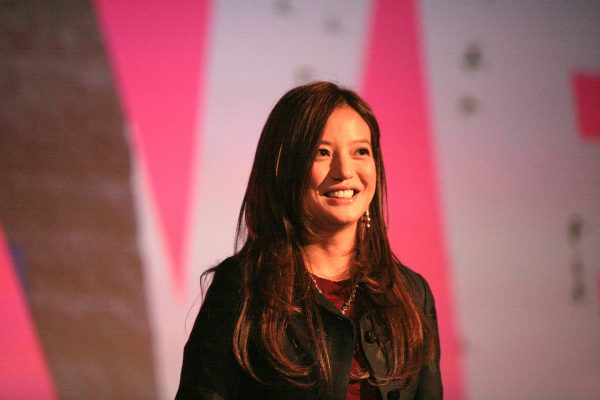 For fans of Chinese celebrities, the summer of 2021 was a rough one. On August 18, Kris Wu, a Canadian Chinese actor and singer who was a former member of the popular K-pop group Exo, was arrested and charged with sexual assault. Days later, the government fined Chinese young actress Zheng Shuang $299 million for tax evasion. In addition, in late August, Zhao Wei, one of China’s most well-known actresses since the late 1990s, disappeared. Overnight, her social media accounts, fan sites, and her films and television shows all vanished without a trace.

These are not individual cases; these celebrities were caught in a much larger political movement. During the summer of 2021, the Chinese government announced a “heightened crackdown” on internet celebrities. The government accused them of promoting lavish lifestyles and creating online chaos. As more evidence emerged, scholars concluded that cracking down on celebrities was the first step of Xi Jinping’s new “common prosperity” campaign.

Celebrities and the Chinese Communist Party (CCP) represent two different sources of mobilization, and this difference drives the conflict between the party and the entertainment industry. Mass mobilization is embedded in the CCP’s identity; it is the party’s “secret weapon” and route to victory. Mobilization played a fundamental role in the CCP’s victory during the Chinese Civil War. During the COVID-19 pandemic, the Chinese government launched a “people’s war” against COVID-19, illustrating the critical role of mass mobilization in China’s pandemic containment. As a result, the CCP carefully maintains itself as the only source of mobilization in China and crushes other mobilization efforts, such as religious groups, labor movements, and civil society.

As a result, the government places celebrities at the front and center of the mobilization process and recruits them to send propaganda messages to the young population. Every year, celebrities sing patriotic songs during the CCTV Spring Festival Gala, China’s most famous and perhaps most important television show, hosted by the state television station on the Chinese New Year Eve. “The Founding of An Army,” a 2017 film celebrating the centennial anniversary of the birth of the People’s Liberation Army, was packed with xiao xian rou (little fresh meat), young male celebrities popular among Chinese youth, to attract younger audiences to the movie theater. During the 2019 Hong Kong protest, celebrities condemned the Hong Kong protesters and conveyed patriot messages to their fans. The fans even idolized the Chinese state, called it Brother China (a zhong ge ge), and made it the most influential celebrity on the internet.

However, celebrities are not merely the dutiful soldiers of the CCP’s propaganda machine. Celebrities become potential challengers of the party’s monopoly on mobilization when they become active in influencing public opinion outside government control. In 2013, several famous Chinese actresses used their social media platforms to subtly criticize the censorship of Southern Weekly, a Guangdong-based newspaper famous for its muckraking and liberal tendencies. Li Bingbing, a famous Chinese actress who has also appeared in Hollywood movies, posted “there is no warmth in the South” and “waiting for Spring in the Cold Winter.” Yao Chen, another well-known actress, quoted Alexander Solzhenitsyn’s Nobel lecture: “One word of truth shall outweigh the whole world.”

In addition, when the Chinese government regulates celebrities, fans often side with their idols and criticize the government. The fans of Zheng Shuang harshly criticized the government decision to cancel her online. The fans of Kris Wu, the disgraced singer who was charged with sexual assault, even planned to protest the arrest and free him from prison. Thus, the crackdown on celebrities is an attempt to “kill the chicken to scare the monkeys”; the CCP is reminding the entertainment industry who really has the power. As University of Southern California professor Stanley Rosen said, the crackdown demonstrates that “no one, no matter how wealthy or popular, is too big to pursue.”

Another reason for the crackdown comes from the ideological realm. The CCP views Western ideology as a threat to China. Wang Huning, the ideological tsar of the CCP, outlined the danger of individualism as a force dividing and eroding the American society in his early book “America Against America.” Therefore, Wang concluded that the infiltration of Western culture would corrode internal political unity and destroy the foundation of the socialist regime. In addition, the CCP views Western liberalism as a source of political instability. The party pegged the spread of Western liberalism as one of the root causes of the 1989 student protests. It also views the spread of liberalism worldwide as the reason for the collapse of the Soviet Union, the Color Revolutions, and the Arab Spring.

Furthermore, the party believes that its crackdown protects young people in this ideological “smokeless war.” The CCP views celebrities as dangerous influences on young people, outweighing their contribution as megaphones of party propaganda. The party prioritizes shaping the young people into an ideal population. Xi Jinping has said that the value orientation among young people determines the future of social value. Thus, he believes that young people must be patriotic (which means the love of the party-state and the socialist system), hardworking, dedicating, and self-sacrificing for the greater interest of the society.

The entertainment industry primarily targets the young population; it plays an important role in shaping their values. The CCP has accused celebrities of “brainwashing the youth” and spreading negative values such as “anarchism, hegemony, money-worship, pragmatism, and hedonism.” Therefore, the crackdown on celebrities is necessary to “establish the right value orientation” for the young people.

The crackdown on celebrities reflects the continuation of the CCP’s social control methods. On the one hand, the crackdown demonstrates the party’s monopoly over mobilization and the suppression of alternative ways to organize society. On the other hand, the crackdown illustrates that the party will not loosen its grip over the ideological commanding heights. The CCP worries that the spread of non-socialist ideologies – including fandom culture – will lead to the collapse of socialism.

Special thanks to University of Southern California professor Stanley Rosen for his help and mentorship.