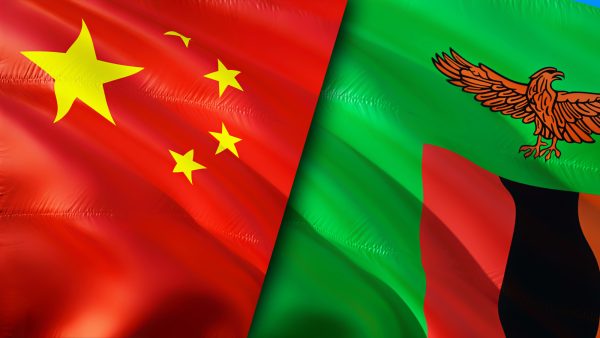 On October 20, the Ministry of Finance and National Planning of one of the world’s allegedly most “debt distressed” countries – Zambia – published a comprehensive summary of its public debt, as of June 2021. This autonomous “debt reveal” was surely significant domestically, as it provided a new mean for Zambian citizens to understand Zambia’s debt as it relates to their own economy.

Six key takeaways explain what we learned — and did not learn — from the data reveal about Zambia’s debt and the role of Chinese lending.

First, the data confirmed that the size of Zambia’s total public sector debt is $26.96 billion. Of this, external debt accounts for just over 62 percent, with $7.15 billion and $6.23 billion owed by the central government to official development partners and commercial actors respectively, and $3.48 billion owed by Zambian state-owned enterprises (SOEs). Moreover, the figures suggested that the Zambian government and SOEs have to negotiate with 44 different lending entities. The new data revealed that debt management is no doubt a formidable task in Zambia – imagine managing 44 credit cards or moneylenders.

Third, from a domestic perspective, the figures imply potential challenges if Zambia does not grow, or does not grow differently. Specifically, the size of public debt corresponds to roughly 112 percent of Zambia’s GDP, a rise from the previous year’s figure of 85 percent, due to a combination of COVID-19 government expenditures and declining global copper prices. That said, this is still only less than half of the country’s previous peak ratio of 261 percent registered in the 1990s, and there are 20 other countries globally – countries as varied as Singapore, the United States, Italy, Angola, and Bhutan – that by the end of 2020 had public debt ratios above 112 percent. So clearly, Zambia’s debt is not “too much” per se, but could rise further if growth does not rise concurrently.

The fourth takeaway from the data reveal was its indication that a significant amount of debt is owed to market-based entities. While the data did not outline the various interest rates, maturities, and grace periods of any of the debt – which would be an excellent addition for future debt reveals – it is a fact that commercial loans tend to have higher interest rates, shorter maturities, and less incentive to refinance existing loans. Indeed, we have seen this play out with the lack of participation by private sector lenders in the G-20’s flagship COVID-19 response plan for debt service suspension (DSSI). That said, recently Zambia has had little choice other than to go to private sector (and other) lenders. In 2011, Zambia was disqualified from borrowing multilaterally at very-low concessional interest rates, due to its “graduation” into a lower-middle income country group (as defined by World Bank GDP rates). This explains why just 19 percent of Zambia’s debt is owed to development banks – mostly the World Bank and African Development Bank.

Which brings me to the fifth takeaway – China’s lending to Zambia. It is not news that Zambia’s largest national creditor is China. The new data puts China’s total lending at $5.05 billion – equivalent to 30 percent of the total external debt and approximately 20 percent of Zambia’s GDP. However, contrary to the mainstream narrative and several past reports, this is no debt trap. Not only do other commercial lenders have more leverage on Zambia, but also close to 80 percent of China’s debt is low-interest, concessional finance from China’s development banks, such as EXIM China, whilst the remaining $948 million is held by a variety of commercial entities, including ICBC and Huawei. Moreover, the data revealed that Zambia’s Chinese lenders are diverse actors with heterogeneous approaches, intents, and goals. As such, they should not be conceptualized as one actor, just like loans from the British government cannot be (and are not) equated with lending from London’s financial sector. It is also relevant that to date China has been Zambia’s largest bilateral disburser of debt relief, with $259 million in debt cancelled historically and a recent (undisclosed) deferment of interest payments due to the pandemic.

Sixth and finally, the data reveal also exposed the biggest hidden gap of all in most discussions of debt – whether by Zambia or other borrowers. What is still not well understood by Zambia’s citizens or the international community is perhaps the most important indicator of Zambia’s debt sustainability: What the loans are being spent on. As with the IMF’s Debt Sustainability Analysis (DSA), the data from the Zambian government said nothing about whether the loaned capital has been employed for recurrent or capital expenditures, nor whether it has been directed toward growth-inducing investment or interest repayments.

Yet this information is highly relevant. It is the difference between a government investing into the economy to set it onto a new growth path or not. While all budgets are fungible, it is crucial to know whether a government has taken a loan to help small businesses access e-commerce, or children access digital education, or whether the loan is going to pay for teacher salaries. Without this information, it is truly impossible for a Zambian citizen to discern if the government is on a healthy or unhealthy debt path. Analyzing debt with all its liabilities and none of its benefits or assets misses the point. Indeed, debt (especially in African countries) should be destigmatized. Rather than only a constraint on growth, debt should be recognized as a necessary tool to bridge domestic financing gaps and fund the investments required for sustainable development.

Certainly, Zambia’s new debt reveal provided a series of insights that were helpful in challenging some mainstream narratives surrounding Zambia’s debt sustainability, and indicated the new government’s serious commitment to transparency and readiness to collaborate with international creditors. While all that is welcome, there was one key element of debt information still missing – information on its quality. Let us hope the government will release more on that going forward.