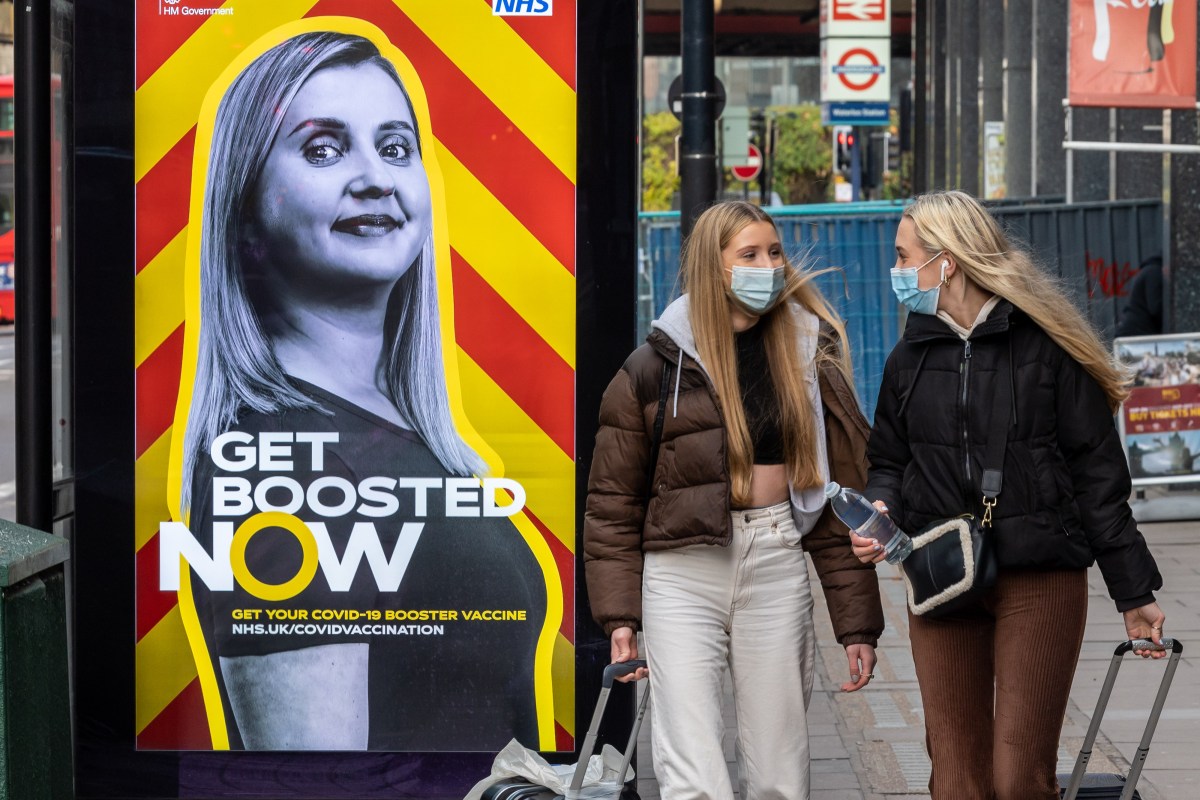 BORIS Johnson is under fresh pressure from scientists to lay out what more plans might be needed to nip omicron in the bud – as Brits fear that more restrictions will ruin Christmas.

The PM has only just put plan B in place – meaning mandatory face masks, vaccine passports and working from home – but experts fear it’s not enough.

He has turbo-charged a fresh booster campaign this week, vowing everyone will be offered a chance to get a third jab by the end of the month.

Ministers are unable to deny that more lockdown rules could be on the cards, with Downing Street admitting that a menu of options may be being drawn up in the heart of Whitehall in case more is needed.

Yesterday the PM refused three times to rule out more restrictions in England.

One insider told The Sun: “It would be irresponsible not to plan for it.”

There are still a few areas where Brits don’t have to wear a mask in public – like in restaurants and pubs.

This could be extended to try and stop people mingling around and passing Covid on.

Jab passports are also only set to cover large events – these could be extended to bars and restaurants like they are in Germany, but it’s likely that MPs would kick off and oppose this.

At the moment the Government has said that Brits should carry on with their normal plans – including parties as usual.

But they have advised people take a lateral flow before they go to be more likely they aren’t passing on the virus.

The PM could start with telling people to limit their social gatherings, even if this wasn’t the law, to try and cut down on the spread.

Scientists have already suggested that people might want to do this in the run up to Christmas to try and stay safer.

Another option being looked at is a ban on boozing inside pubs.

As a compromise to avoid shutting them down, it could mean that they would be able to serve outside – like last winter.

The new measures would be the equivalent to Step 2 of this year’s “road map”.

Rule of six or limits on gatherings

Nicola Sturgeon’s team in Scotland have today announced they want people to limit their socialising before and after Christmas.

She said she wants people only three households to meet to try and stop it in its tracks.

But the rule won’t be law, and it won’t be in place for Christmas day itself, she said.

There will be pressure on Westminster to follow suit in the days to come.

Ministers may also look at whether the rule of six makes a dramatic return to try and curb the spread of the virus, or in the worst-case scenario, a total ban on indoor mixing completely.

At the moment the PM is determined to allow large venues to continue to operate – but he will introduce vaccine passports from tomorrow morning.

Anyone who has been double jabbed or gives a negative lateral flow test will be allowed in under the plans, but Tory MPs are up in arms about the erosion of freedoms.

The PM may be under increased pressure to ban large gatherings, especially indoors, if omicron is as infectious as studies suggest.

Meanwhile, miserable Whitehall officials have drawn up plans to restrict numbers in pubs and restaurants and even close them down in the coming weeks, The Sun revealed today.

A government source said: “You will be able to see your family at Christmas, but at this rate, you might not be able to do it in a pub.

“As for New Year’s Eve, that is a different story.”

Ministers this weekend refused to rule out closing schools – but said it was absolutely something they didn’t want to do.

However, some schools are already shutting a few days early for the holidays, some of them as a result of huge staff and pupil absences.

It may be that there is huge pressure on the PM after Christmas to allow kids to work remotely on zoom to stop omicron taking hold in more young people.

Ordering everyone to stay at home again would be one of the most extreme measures that could be taken – and the PM and his top team are determined it shouldn’t come to this again.

But if the NHS is completely overwhelmed and people can’t get the care they need, they may be forced to think again.