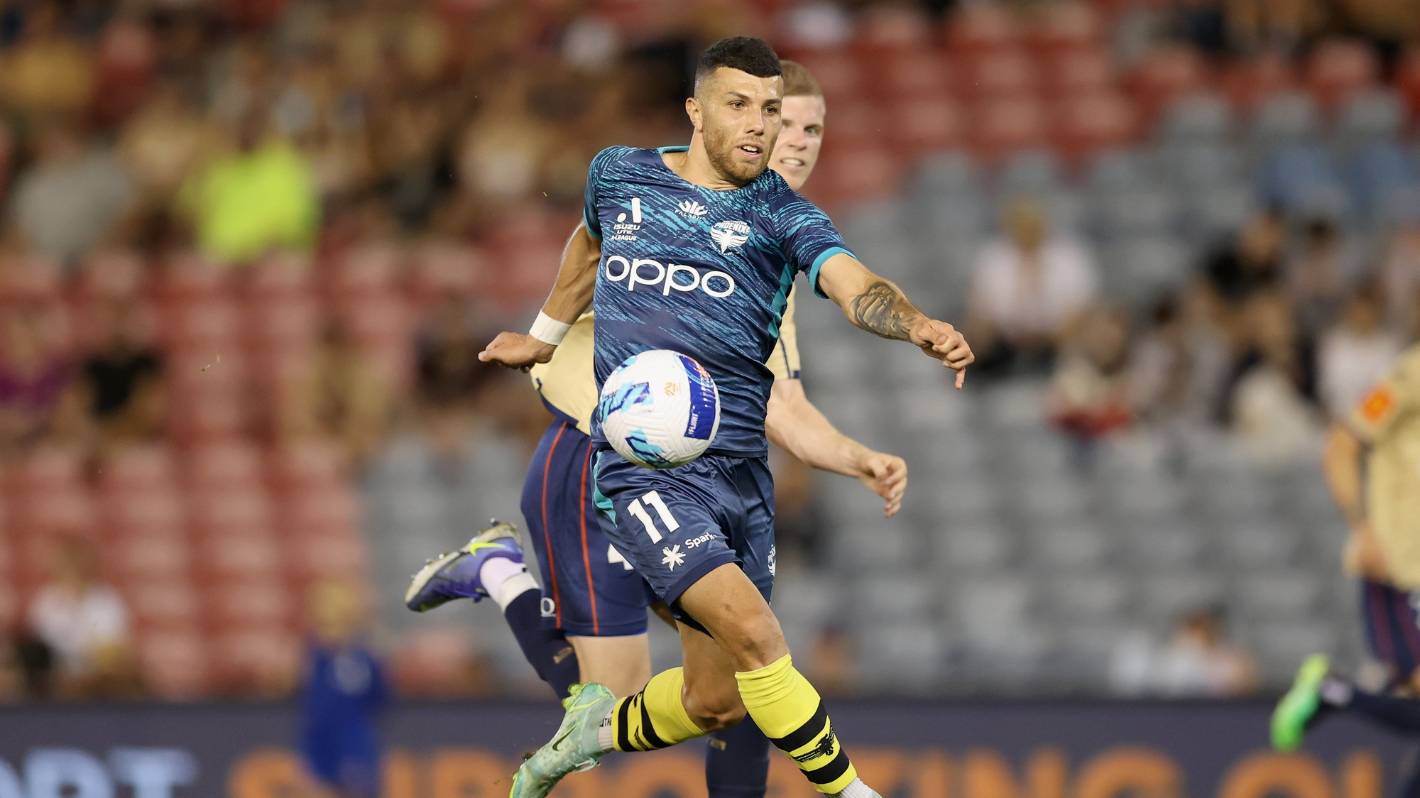 Jaushua Sotirio became the latest Wellington Phoenix player to suffer an injury, in their loss to the Newcastle Jets on Friday.

The Wellington Phoenix should enjoy the week they have in front of them.

Because it’s set to be their last without a match in the middle of it until the end of the A-League Men season.

The specifics of the fixture list for the next month are yet to be determined, but after this weekend, the Phoenix will only have four free weeks in which to play their four postponed matches.

That means that they will have 11 matches in total from Saturday, when they are set to host Perth Glory at Leichardt Oval in Sydney, until the last weekend of April, when the regular season is set to conclude at present.

The April fixture list should be released this week, confirming exactly what lies in front of them.

They’re hoping it will include proper home matches in Wellington and Auckland after the New Zealand border reopens to Australians on April 12.

A total of three was put out there as a possibility this week, but if next weekend’s Perth fixture stays where it is, and that appears to be the case, there will only be the chance for two, against Central Coast Mariners and Western Sydney Wanderers.

The other home fixture the Phoenix have left is against Melbourne City and is set to be played before the defending A-League champions leave for Thailand and the Asian Champions League group stage, which starts on April 15.

All up, the Phoenix will have to play something along the lines of 11 matches in the space of 36 days.

When they had five in the space of 14 days last month, coach Ufuk Talay largely stuck with the same group of players, fielding identical starting XIs in four of them.

But he is set to have to dig deep into his squad to cope with the hectic schedule, which has come about as the result of three factors – Covid-19 postponements in December and January, weather postponements in late February and early March, and a desire to avoid playing midweek this week or last while four players were away on All Whites duty.

Oli Sail, Clayton Lewis, Ben Old, and Ben Waine missed Friday’s 4-0 loss to the Newcastle Jets as they were at the Oceania World Cup qualifying tournament in Qatar, but should return in time to play on Saturday, while David Ball will be available after serving a suspension for picking up five yellow cards.

Reno Piscopo could be fit to return from a calf injury, but Jaushua Sotirio picked up a hamstring injury in the loss to the Jets and is set to be a new addition to the injured list.

Oskar van Hattum is recovering from his own hamstring injury, but Alex Rufer is gone for the season after rupturing the anterior cruciate ligament in his left knee, and that is where the Phoenix’s depth will be most sorely tested.

Nick Pennington will likely be called on to step in, but he was far from convincing against the Jets in his first start since the Phoenix’s FFA Cup semifinal loss to Melbourne Victory on January 29, playing alongside Joshua Laws, who is normally a starter at centre back.

While it was always going to be a challenge, given their relative lack of playing time, none of the Phoenix’s second-string really put their hands up to show Talay he has a range of options at his disposal for the hectic period ahead.