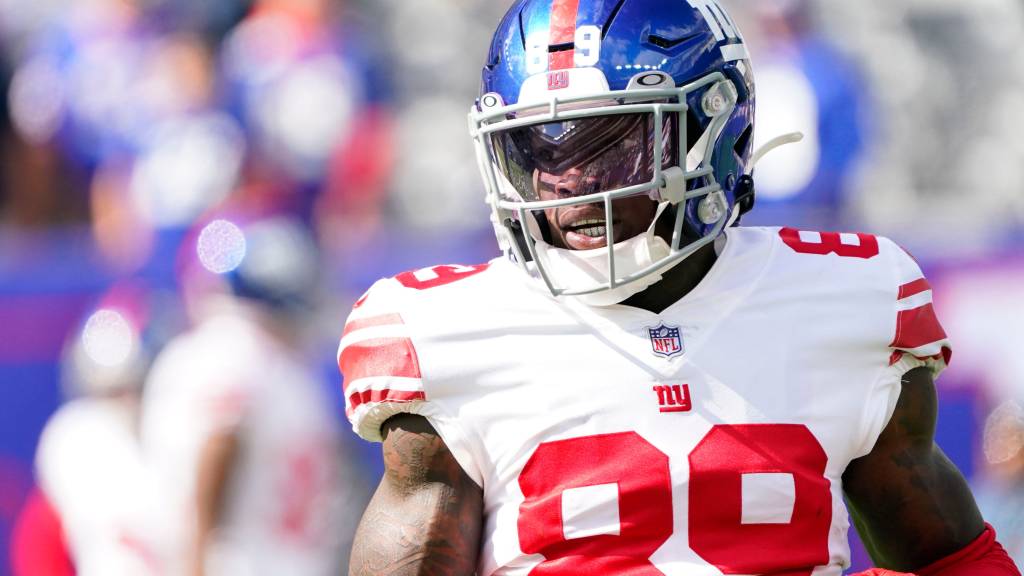 The New York Giants offense got off to a great start in their game on Sunday against the Los Angeles Rams. They took the opening kickoff and drove from their own 19 to the Rams’ 22 thanks to three completions for 36 yards from quarterback Daniel Jones to rookie wide receiver Kadarius Toney.

But after Toney’s third reception where he was forced out of bounds, he left the game after aggravating the ankle injury he sustained last week in his breakout game in Dallas. He did not return.

The Giants apparently had put all of their chips on Toney game plan-wise with running back Saquon Barkley and wide receiver Kenny Golladay out. Once Toney exited the field, he took the Giants’ game plan with him. The Giants ended top settling for a filed goal after a 14-play drive stalled on the Los Angeles 8-yard line.

Jones pretty much admitted after the game the Giants were sideswiped by Toney’s exit and basically had no Plan B against the high-flying Rams.

“He was a big part of it going in,” Jones said of Toney’s role in the offense. “He’s been playing at a high level. Made an impact there early on. We missed him, but we’ve got good players and those guys stepped up and got to execute better.”

Jones was left to rely on Sterling Shepard, who was back in the lineup after missing three games with a hamstring strain. He was targeted 14 times, catching 10 for 76 yards, which is admirable but he lacks the dynamism of the rookie Toney. Tight end Evan Engram also failed to make much a difference.

“He’s been making a lot of plays for us last week and before that,” continued Jones regarding Toney. “He’s a big part of this and so we were planning on it, but like I said, we’ve got to do a better job getting the ball to the guys. We’ve got good players and we got to be ready to go.”

They were not ready. They had just those three points until they scored a garbage-time touchdown in the fourth quarter to help ease the embarrassment  in a 38-3 ballgame.

The Giants are in a vicious cycle of losing and now that has permeated the entire organization from top to bottom. Toney, a newcomer, hasn’t been tainted with the losing stigma yet, so he was being looked upon to help pull this team from the dregs of the barrel.