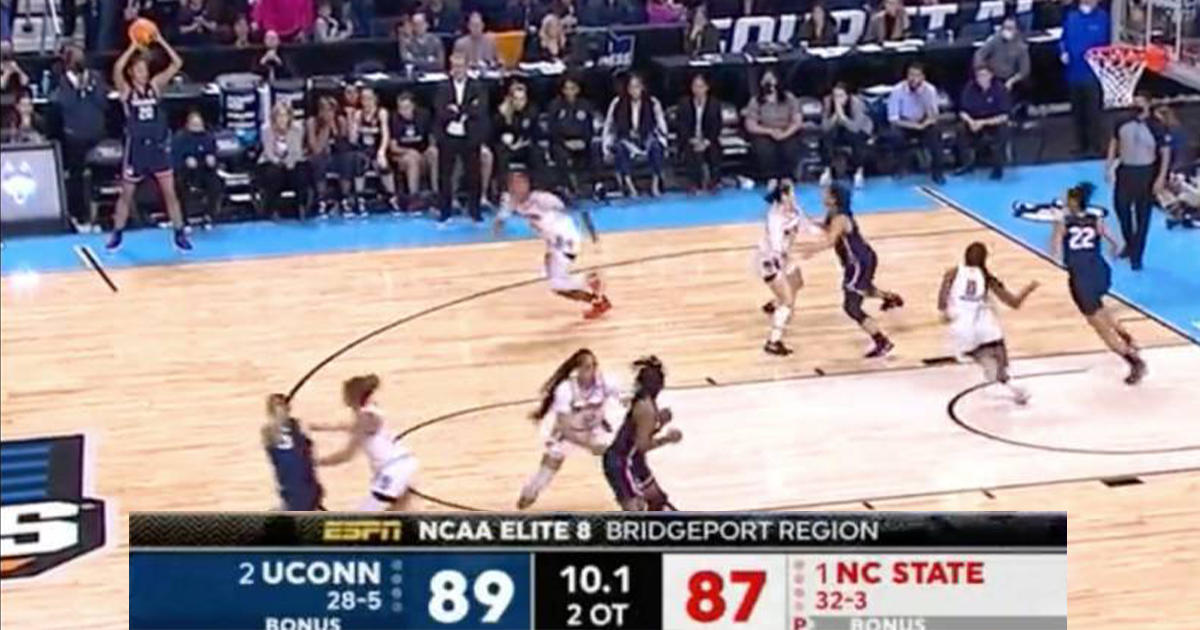 The Huskies are heading to their 14th straight Final Four after defeating NC State in double overtime on Monday night.

The thrilling matchup came down to the last few possessions, but UConn gained the deciding edge after taking a 91–87 lead on a layup from guard Christyn Williams with six seconds remaining.

Video of the contest’s closing moments, however, appear to show a missed five-second violation on forward Olivia Nelson-Ododa on the inbounds pass that led to Williams’s clutch play.

Did the refs miss a potentially game-altering call? You be the judge.

The sequence sunk NC State into a four-point deficit, crippling their chances of a comeback with little time left on the clock.

Wolfpack guard Raina Perez hoisted one final shot as the clock hit double zeroes, but her attempt came up short and the Huskies held on for a historic win.

After surviving NC State and advancing to the final round, UConn will now prepare to travel to Minneapolis where they will face No. 1 Stanford for a chance to compete for the program’s 12th national championship.