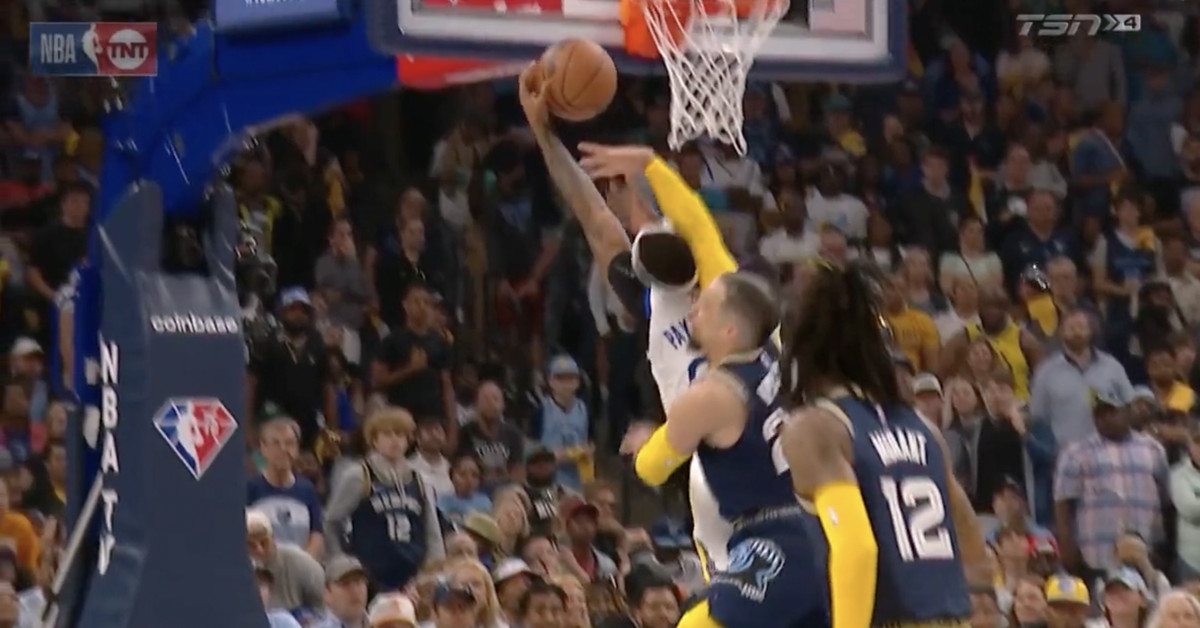 The second round matchup between the Golden State Warriors and Memphis Grizzlies in the 2022 NBA Playoffs was always going to be intense. Golden State has been the king of the Western Conference since their first of three championship runs in 2015, while the Grizzlies are the young, up-and-coming underdog.

The series has been physical from the start. In Game 1, Draymond Green was ejected for hitting Brandon Clarke in the head and pulling him to the floor, but the Warriors won at the buzzer anyway. In the first half of Game 2, Memphis forward Dillon Brooks was ejected after hitting Gary Payton II in the head while attempting to defend him in transition.

As Payton II laid on the floor in pain, Brooks was given a flagrant-2 foul and the automatic ejection that comes with it. Watch the play here:

The Warriors were up 8-0 early in the game when Brooks was ejected. Payton left the game and had an x-ray on his left elbow. He was defenseless in the air when Brooks hit him, and he landed awkwardly as he tried to brace his fall.

Payton was ruled out for the rest of Game 2 a left elbow injury after the fall.

Gary Payton II ruled out for the rest of the game with a left elbow injury, according to the team.

A minute later, Draymond Green left the game when he was hit in the head by an elbow from Memphis big man Xavier Tillman.

As Green headed to the locker room after the play, he gave Grizzlies fans a double-bird salute.

Green got three stitches in his right eye and returned to the game shortly after coming out.

With the score close in the second quarter, Andrew Wiggins put down a poster-worthy dunk on the Grizzlies.

Just before halftime, Ja Morant had his own amazing highlight with this hanging layup.

The Grizzlies won the 106-101. Morant was the star of the night, finishing with 47 points, eight assists, and seven rebounds. The young star point guard scored 18 points in the fourth quarter. His team needed them all.

The series is now 1-1 going back to northern California.