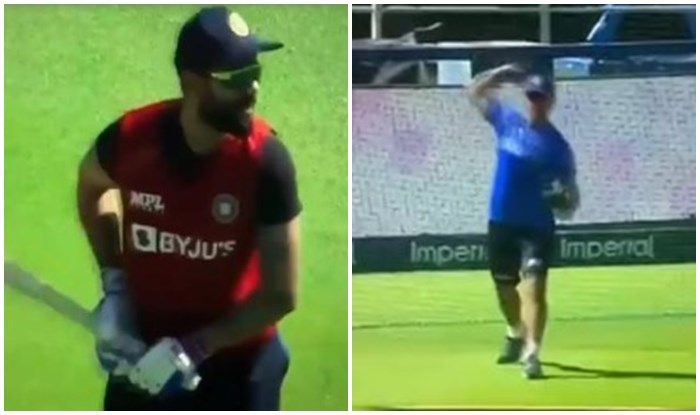 Johannesburg: It was a big setback for India in Johannesburg with the team’s premier batter and captain Virat Kohli not available. Kohli could not feature in the ongoing second Test due to an upper-back spasm. His absence was felt in the first essay as India was bundled out for 202. But, looks like he has recovered and would feature in the third and final Test at Cape Town.Also Read – After Sunil Gavaskar, Gautam Gambhir Launches Scathing Attack on Rishabh Pant Following His Irresponsible Shot at Johannesburg

Kohli was spotted receiving throwdowns from coach Rahul Dravid ahead of Day 3. The visuals would calm fans who have been hoping Kohli recovers quickly. Also Read – ‘Pitch Will Deteriorate’ – Cheteshwar Pujara Warns Dean Elgar & Co Ahead of Day 4 at Johannesburg

Here is the video where you can see Kohli having a knock. Also Read – Mohammed Shami Slightly Off-Line, Jasprit Bumrah Not Getting Enough From Pitch – Sanjay Manjrekar

After day 3, Cheteshwar Pujara confirmed that Kohli is getting better.

“Officially I cannot reveal anything more but now he (Kohli) is definitely getting better and I feel that he will be fit very soon,” Pujara said during a media interaction. Kohli was ruled out of the second Test against South Africa here just before start of the game because of an upper back spasm, leaving KL Rahul to lead the side in the crucial match.

Rahul had said at the toss that Kohli is expected to be available for the third and final Test from January 11 to be held in Cape Town.

Pujara said the exact status on Kohli’s fitness would come from team physio.

Kohli, who has been battling a prolonged lean patch, thus will not be able to complete his landmark 100th Test in the series-finale at Cape Town.