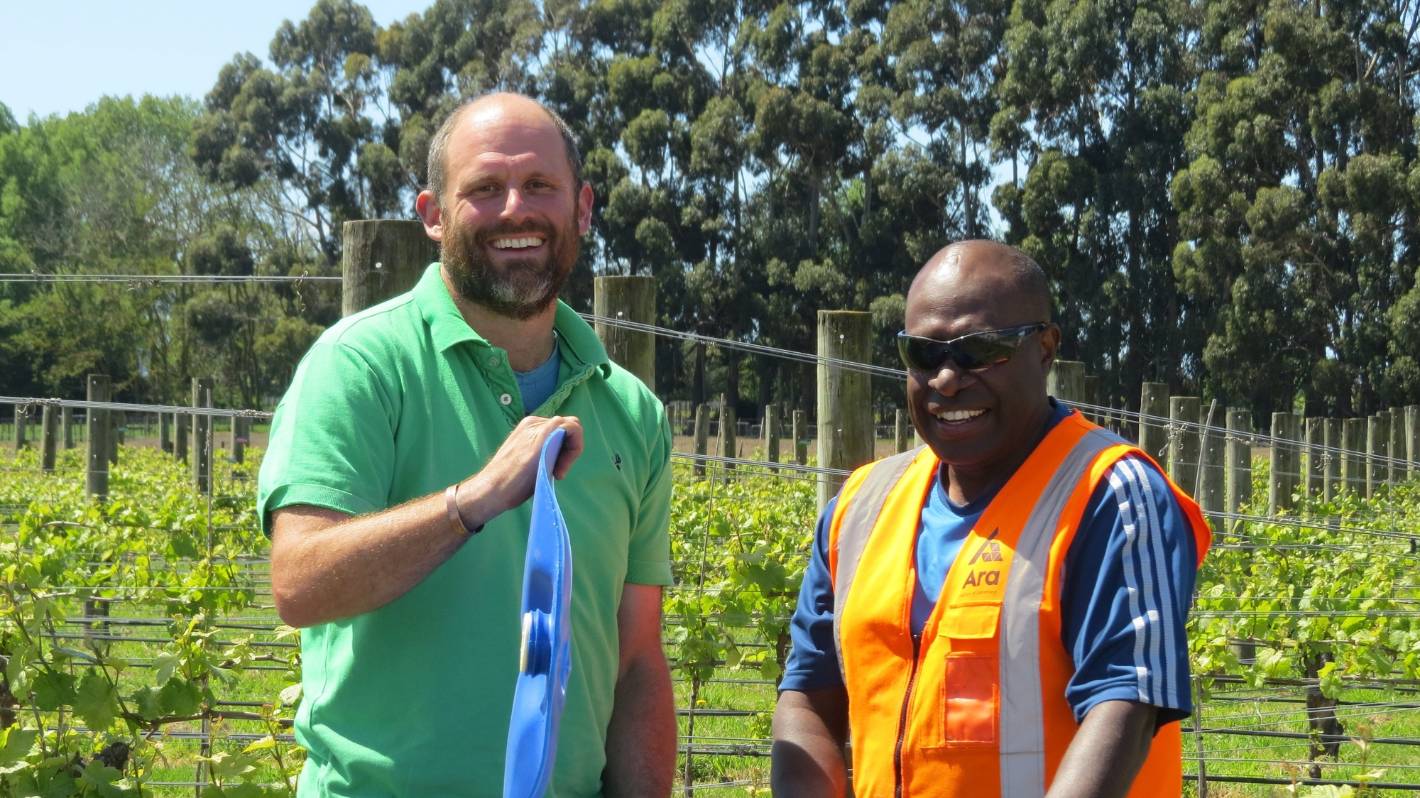 This article first appeared in Winepress magazine and is republished with permission.

A common waste product in Marlborough vineyards is getting a couple of extra lives, thanks to scheme devised by seasonal vineyard worker Richard Kenneth and viticulturist Logie MacKenzie.

Richard is a Recognised Seasonal Employer scheme (RSE) worker from Vanuatu, working at Ormond Nurseries, and has been hatching a plan to get a communal container back to Port Vila, packed with gear bought in New Zealand by more than 30 of his RSE peers.

Each of the participants has purchased a square metre of space in the container, but finding something big enough to hold their gear – from bandsaws to solar panels – was a problem, says Richard, who was also grappling with the best way to allocate space. “The first thing that springs to mind, is ‘we will need to find containers’.”

READ MORE:
* ‘It’s good to be back’: Migrant workers relieved to be back in NZ for fruit-growing season
* Vine to Wine: Turning seasonal work into full time employment
* Vineyard contractor offers accommodation complex to investors for $16m

When he spied an empty 200 litre drum in the vineyards at Ormond Nurseries, he saw a possible solution to the packing problem, as well as a potential resource for homes and villages in Vanuatu, where large drums can be used for collecting rainwater.

He asked Logie, a viticulturist with Berakah Vineyard Management, whether he could have that drum, and then wondered if he could get his hands on more.

As well as providing a cunning container for packing purchases in, and a useful resource back in Vanuatu – including on the remote islands many seasonal workers hail from – the scheme is diverting vineyard waste from recycling and refuse piles.

Logie says the drums, which are used for the likes of magnesium and fish oils, can be recycled if they are triple washed, but are often stockpiled instead.

“We often don’t get around to taking these to Agrecovery and then they lose their label… Or we take over vineyards and there are 20 200 litre drums sitting behind the shed.”

He has sourced around 40 so far, and Richard has established a method to cut the drums around the top so the lid can be peeled back like a tin can, with holes drilled so zip ties can be threaded through to secure the top back on.

The drums are given a steam clean at Ormond Nurseries and then given to those with space on the container to wash again before packing up, with two drums allocated per square metre.

Any gaps between the drums will be filled up with the likes of bags of soaps and piles of clothes, says Richard, explaining that the economics of sending a container back to Vanuatu are far better than exchanging New Zealand Dollars for Vanuatu Vatu, then purchasing goods on the island, at inflated prices.

The crew of RSE workers finished loading the container over Labour Weekend, so it could set off on October 27.

When the container arrives in Port Vila, scheduled for December 15, the drums will be collected and taken back to villages and islands across the nation, where families will welcome the goods, as well as the drums they’re in.