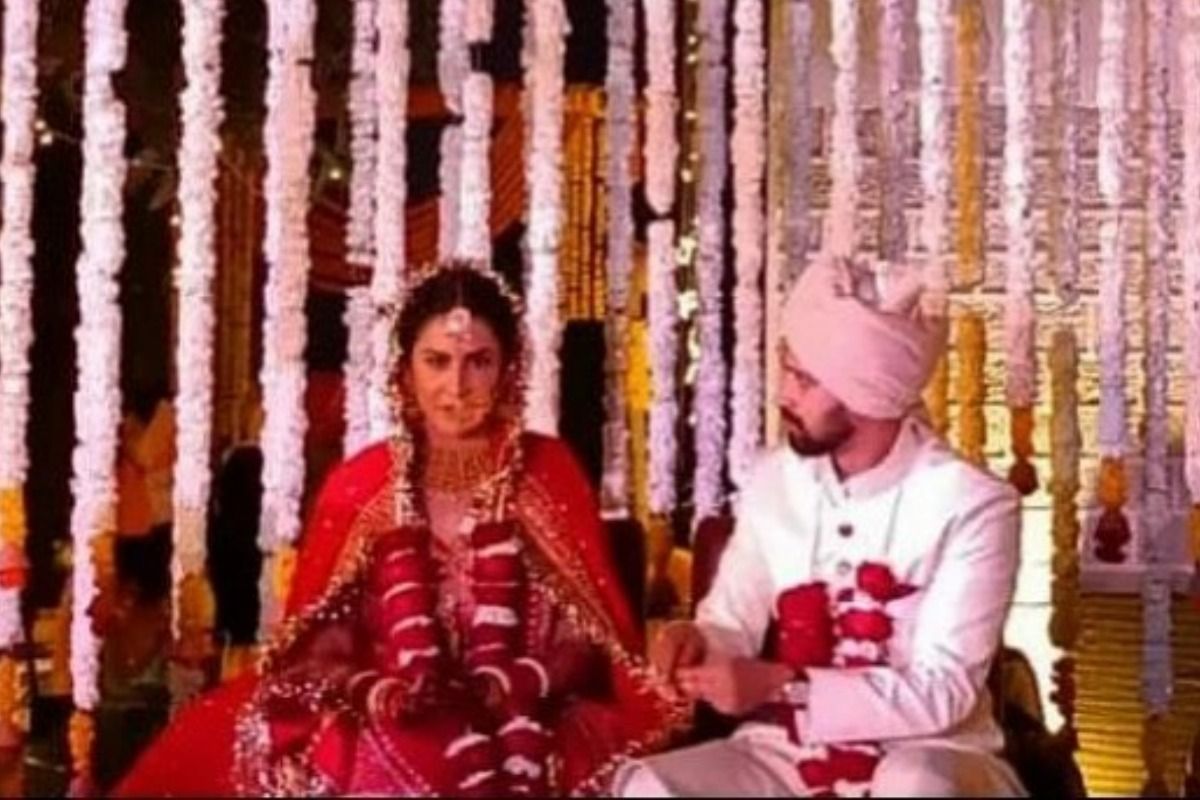 Vikrant-Sheetal  Are Married Now: Actor Vikrant Massey married his longtime love, Sheetal Thakur, in a private wedding ceremony on February 18th. For a long time, there have been rumours about the Loop Lapeta actor getting married. The couple exchanged wedding vows in the presence of their close friends and relatives. The first picture has now gone viral, where Vikrant and Sheetal are dressed up in traditional wedding clothes.Also Read – Vikrant Massey Marries Sheetal Thakur in an Intimate Ceremony on Valentine’s Day

Vikrant is dressed in a white Sherwani with a pink turban in the photo. The actor can’t keep his gaze away from his beautiful wife, who is dressed in a traditional red lehenga. Vikrant and Sheetal make an excellent couple. Several fan accounts recently shared photographs of the couple and we’re in love with them. Also Read – Vikrant Massey Reveals What He Doesn’t Like About His Girlfriend Sheetal Thakur – Watch Video

The news of Vikrant and Sheetal’s registry wedding has been making the rounds in the media for a while now. In December 2019, Vikrant and Sheetal engaged in an intimate ceremony. The couple has been together for a long time and has also purchased a home together.

On the work front, Vikrant and Sheetal met on the set of the web series Broken But Beautiful. In November 2019, they began dating and eventually got engaged. On the professional front, Vikrant Massey will soon be seen in ZEE5’s Love Hostel. He’s also working on a film called Mumbaikar.

And here’s wishing the couple nothing but happiness for the rest of their lives. Watch this space for more updates!