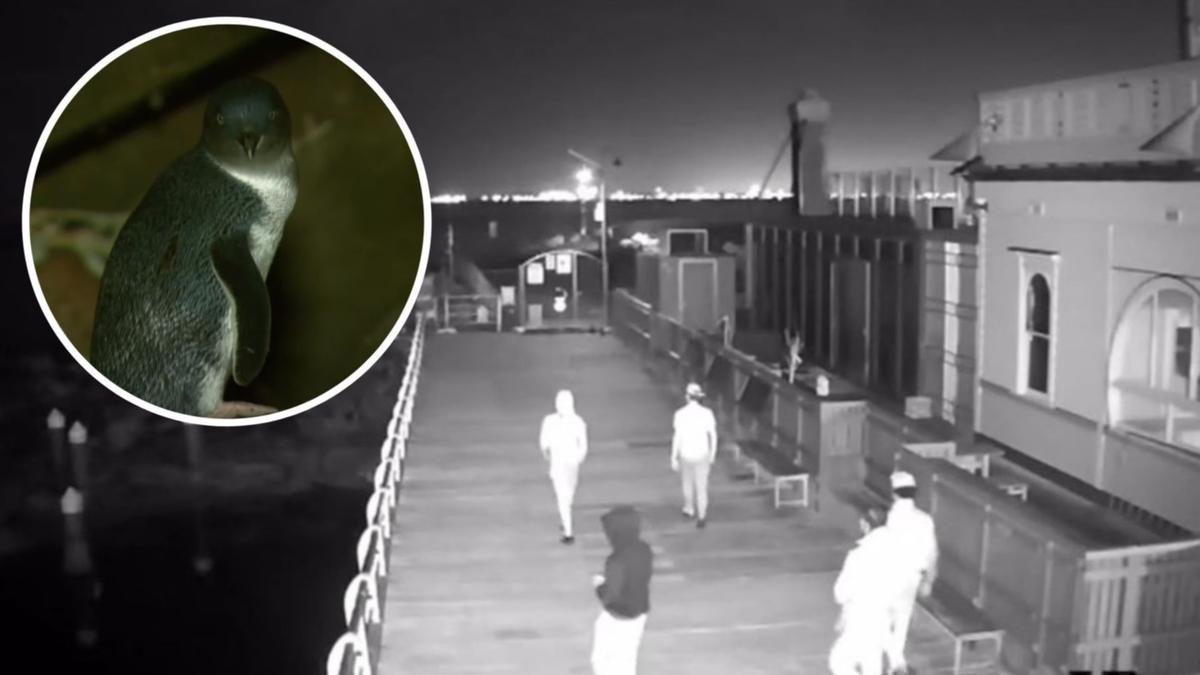 A little penguin has been killed in a shocking case of animal cruelty in Melbourne.

Victoria Police, alongside wildlife authorities, are seeking any information on the whereabouts of five men who were caught on camera taking the little penguin (an Eudyptula Minor) from its home in St Kilda.

The shocking event, which unfolded on the morning of October 27, was all recorded on cameras.

The footage shows a little penguin struggling for its life as the group laughs.

It had been thrown against a wall before being kicked and left to die.

At one stage, a car stops to avoid hitting the little animal left on the road along Jacka Boulevard.

Chief Conservation Regulator in Victoria, Kate Gavens, has condemned the sickening act by the five men.

“Certainly, you look at footage like this, and it makes you feel sick to see people undertaking this kind of cruel behavior on our native wildlife in Victoria,” Kate told 7NEWS.

“This is not okay and really we want to stamp this kind of behaviour out.”

The five men are wanted over this deliberate and aggravated case of animal cruelty.

They can be seen in footage going out of their way to hunt down the penguin, walking the length of the St Kilda Pier before scaling fences to take the little penguin from its home.

It’s believed the man who grabbed the penguin has pale skin and dreadlocks and left the scene shirtless, while the male who kicked the penguin to death has dark skin and was wearing a black Dolce & Gabbana hoodie.

If caught, the men face fines of up to $90,000 or up to two years jail, but it is rare for anyone convicted of animal cruelty to serve a prison sentence.

St Kilda locals told 7NEWS of their horror and shock by this act of cruelty against their native wildlife.

“That’s horrible, we’ve got wildlife out here that we should be respecting,” said one.

Police are using security vision and witness accounts to help them track down the men, but are appealing to the public for anyone with more information to come forward.

If anyone has information about this incident of animal cruelty or can identify any of the alleged persons involved, please make a confidential report to Crime Stoppers on 1800 333 000 or crimestoppersvic.com.au.