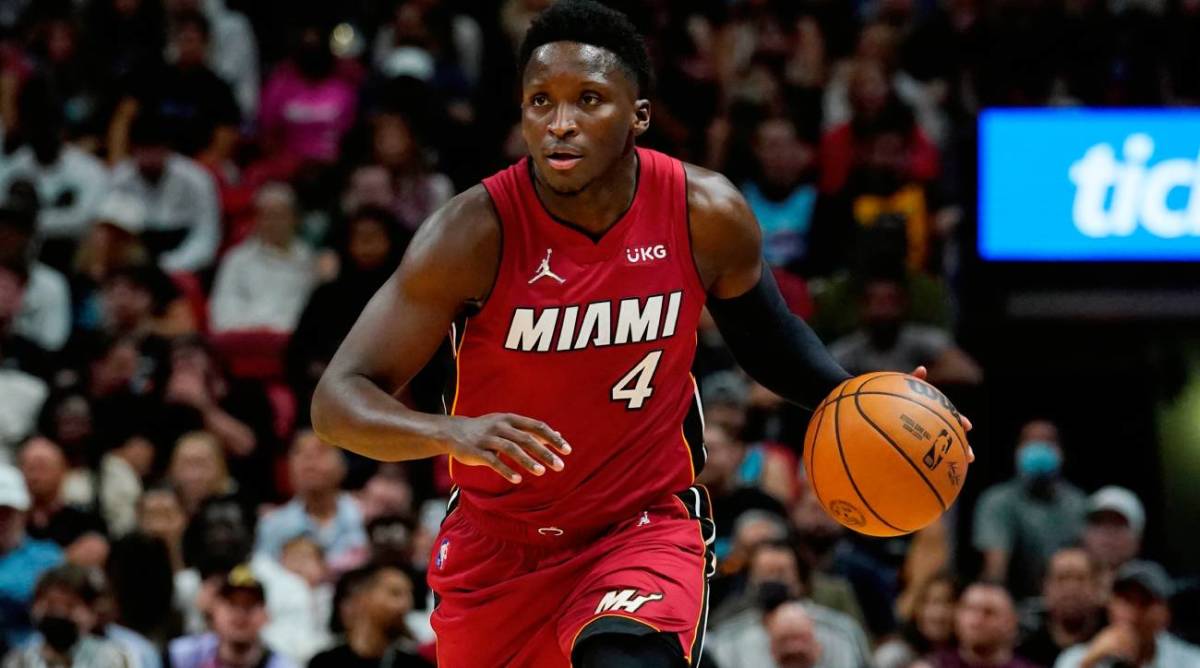 After nearly a year away from the game, Heat guard Victor Oladipo made his long-awaited return from injury Monday night against the Rockets.

The two-time All-Star logged 15 minutes and scored 11 points to go with four assists in Miami’s 123–106 victory over Houston. The appearance was Oladipo’s first since April 8 when he re-injured his right quad against the Lakers.

Fans inside the FTX Arena were amped to see Oladipo re-take the floor as evidenced by the rousing applause he received upon checking into the game at the 1:55 mark of the first quarter. His return would immediately pay dividends after Oladipo drew a charge on Rockets center Alperen Şengün.

Oladipo’s first basket eventually came early in the second quarter when he made a three-pointer off an assist from Kyle Lowry. The 29-year-old finished the game shooting 2–3 from beyond the arc, and 4–7 from the field as fans serenaded him with chants of “Oladipo” throughout the night.

Heat guard Tyler Herro, who led all scorers with 31 points off the bench, said after the game he felt “goosebumps” listening to the crowd show their appreciation for his teammate.

Oladipo appeared in only four games in 2021 after the Heat acquired him from the Pacers via trade last March. He underwent offseason surgery, his second procedure in two years, in May and eventually signed a one-year minimum deal in free agency.

Monday night’s display provided a small sample size of the potential impact Oladipo could have for Miami down the stretch as the team looks to remain atop the Eastern Conference with the postseason quickly approaching.

The Heat, winners of 12 of their last 14 games, will continue their seven-game homestand on Wednesday when they host the Suns (51–13) in a battle of No. 1 seeds.