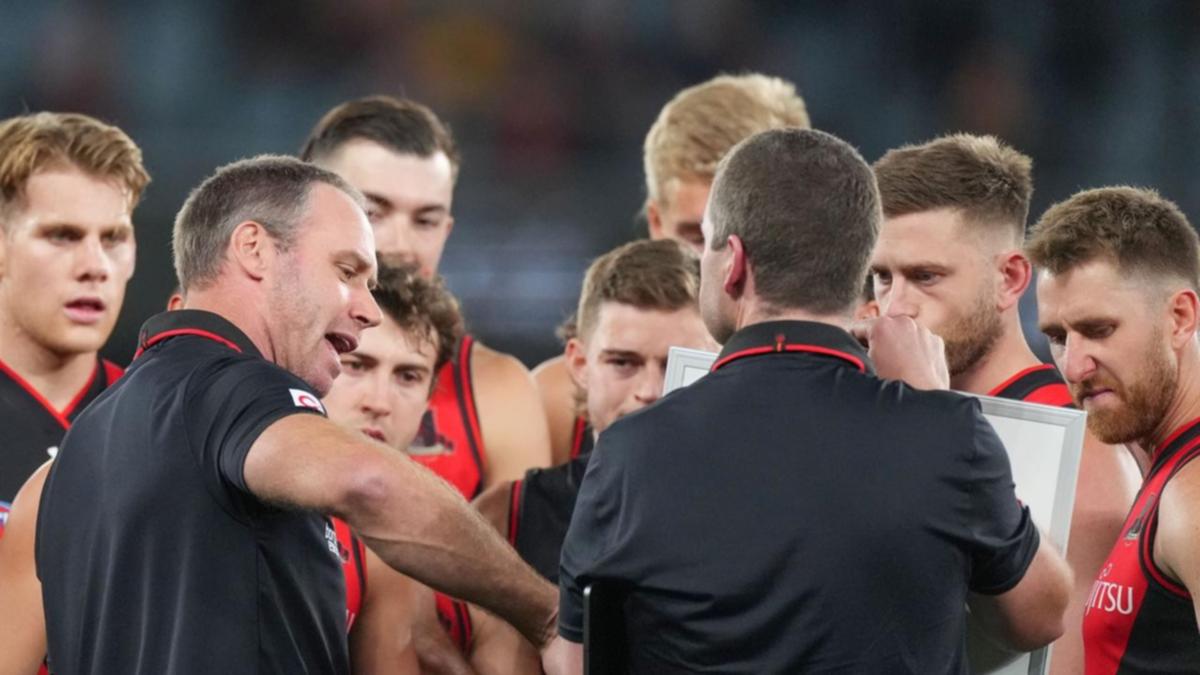 Essendon coach Ben Rutten has dismissed any concern over a verbal clash between two of his star AFL players.

Captain Dyson Heppell and gun midfielder Darcy Parish had an animated conversation at quarter-time in the Bombers’ 16-point loss to Port Adelaide on Sunday.

On the siren, Parish gestured toward teammate Jake Kelly, with his skipper Heppell in between them.

Parish walked away with his back turned to his captain as Heppell continued speaking, before the pair faced each other and continued their exchange.

Other teammates appeared to join in while Parish continued walking to the quarter-time huddle.

Coach Rutten, who said he hadn’t seen the vision, was unfazed.

“I would imagine it’s having an honest conversation about how we can get better,” Rutten said.

“That is certainly what I want to encourage amongst our guys.

“There is enough level of relationship, trust, connection there that I would be really confident it is done in the right way and about how we can get better and how we can improve.

“That is important for us, to be having those conversations.

“It’s problem-solving live, in the heat of the battle. That is what we need to be really good at doing.”

Parish was a standout in the Bombers’ loss with 39 disposals, while Heppell was also a strong performer with 24 touches.

But their efforts came in another losing cause for Essendon, who remain in the mire in 16th place with two wins and nine losses this season.