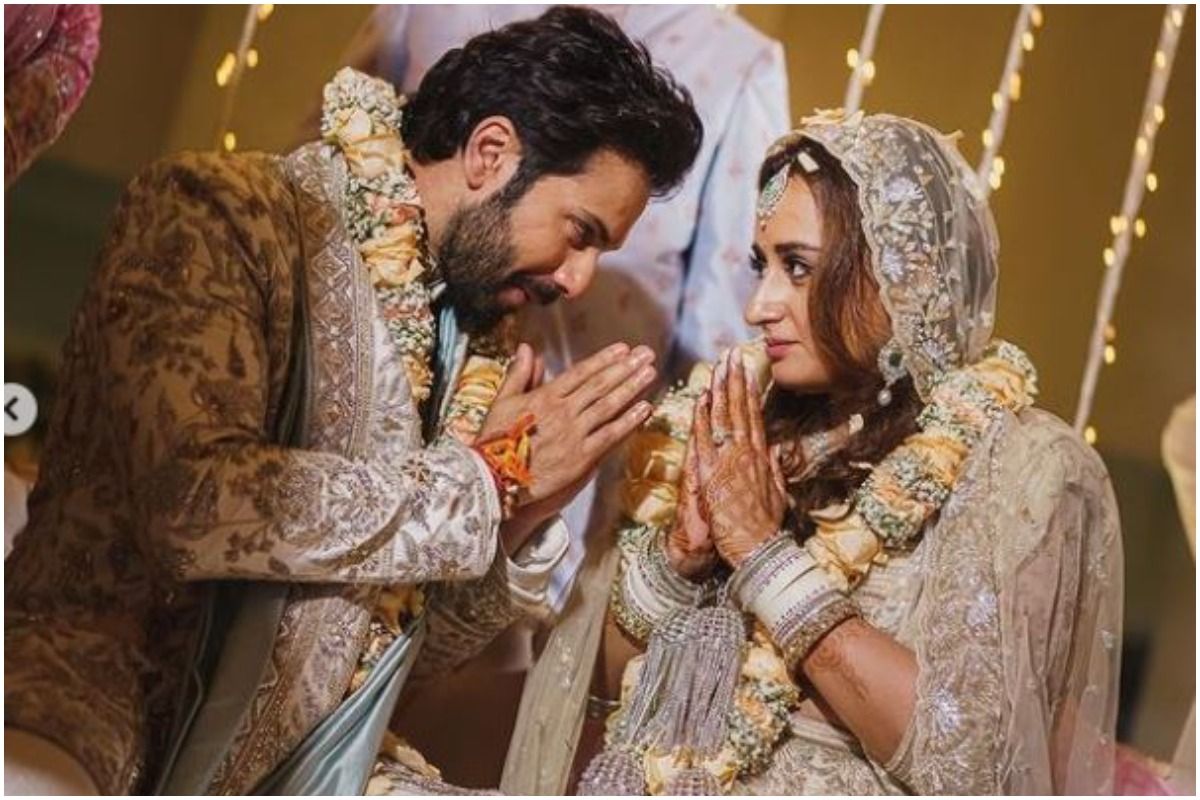 Mumbai: Varun Dhawan and Natasha Dalal celebrated their first wedding anniversary on Monday, January 24 and shared some unseen, mesmerising pictures from their extravagant wedding on Instagram. Varun uploawo fold hands in front of each other and two more pictures from their ceremonies that took place at the The Mansion House in Alibaug last year. Expressing his love for Natasha, Varun wrote, “1 with a heart emoji”.Also Read – Varun Dhawan’s Driver Manoj Sahu Dies on Duty Due to Heart Attack

Varun and Natasha’s wedding was an intimate affair with family members and close friends presence. The wedding was attended by Karan Johar, Zoa Morani, Kunal Kohli and Shashank Khaitan, and designer Manish Malhotra among others. Also Read – Kriti Sanon To Lead 5 Mega Projects In 2022, Says ‘Lot To Look Forward To’

Take a look at the unseen pictures from Varun-Natasha wedding:

Also Read – Fitness Resolution For 2022? These 8 Bollywood Celebrities Will Inspire You to Kick-Start Your Fitness Journey

The post got more than 5 lakh ‘likes’ within a few seconds. Several celebs wished the couple, “Happy happy anniversary”. On his wedding, Varun wore an embellished sherwani by designer Manish Malhotra and coordinated his outfit well with that of his lady love Natasha’s ivory-crystal lehenga. Natasha went all sparkly in a silver-ivory number from her own label Natasha Dalal Label.

Varun Dhawan had confirmed dating Natasha on the sixth season of Koffee With Karan. He had said, “I am dating her and we are a couple…I plan to marry her.” In fact, they studied in the same class and developed a liking for each other.