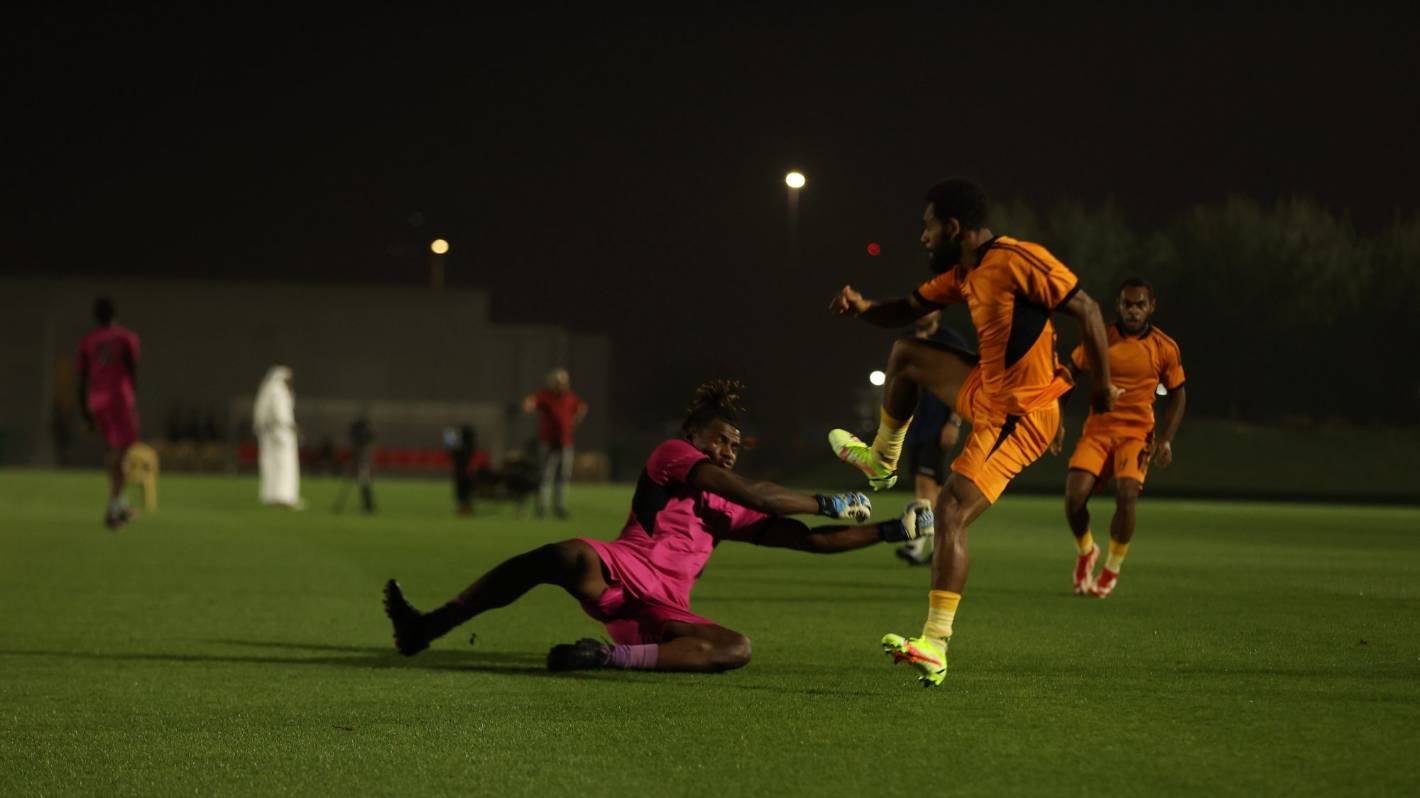 Vanuatu have withdrawn from the Oceania World Cup qualifying tournament in Qatar as they are unable to field a team due to a Covid-19 outbreak.

The Cook Islands are also unable to field a team in their second match for the same reason and are set to be eliminated, which would mean the Solomon Islands and Tahiti advance from group A at the eight-team tournament in Qatar.

Group B, featuring New Zealand’s All Whites, is as yet unaffected. Danny Hay’s side began their campaign on Saturday [NZ time] with a 1-0 win over Papua New Guinea, while Fiji prevailed 2-1 over New Caledonia.

The Vanuatu Football Federation announced its withdrawal in a statement on its website on Saturday, after its team was unable to take the field for its first match, against Tahiti, when a majority of the players tested positive for Covid-19.

In the statement, it said the players who had tested positive had to isolate for seven days due to local health regulations, and it was unable to fly in new players in time for the team’s second match, against the Solomon Islands.

The Cook Islands Football Association meanwhile said on Facebook: “Due to the high number of players who tested positive for Covid, we will not be able to field a team for our match against Tahiti on Sunday 20 March 2022”.

The Cook Islands began the tournament with a 2-0 loss to the Solomon Islands in the only match to be played in group A so far.

The top two teams from each group are set to contest semifinals and a final to determine who advances to June’s intercontinental playoff against the fourth-placed team from North and Central America and the Caribbean for a place at November’s World Cup.

The All Whites’ next match in group B is against Fiji [kickoff Tuesday 6am NZ time].