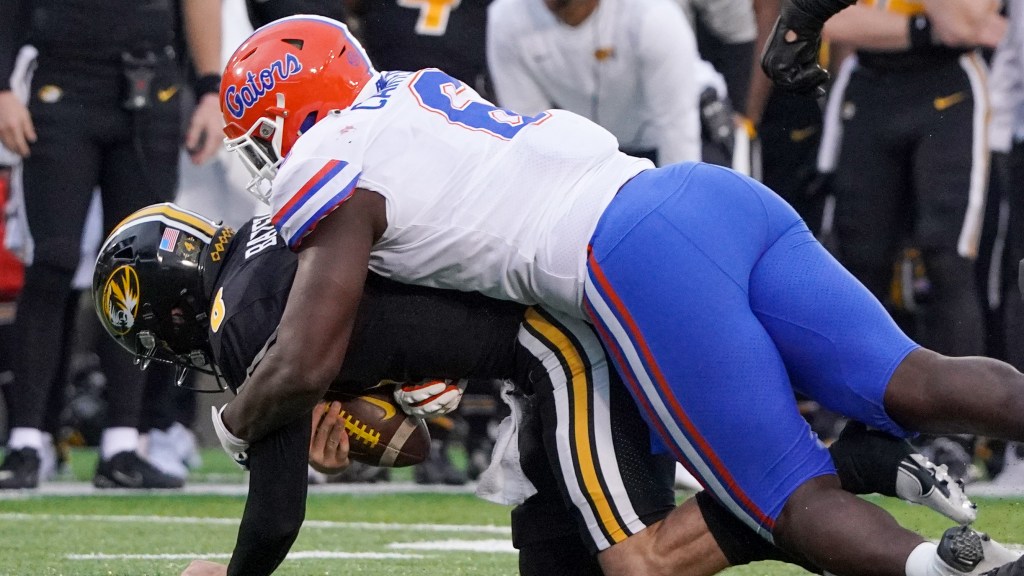 It’s pretty simple for the Gators. With a win on Saturday over rival Florida State, they’re going to a bowl game. If they lose to the Seminoles, they drop to 5-7 to suffer their third losing record of the last eight years.

A bowl game definitely is no guarantee. Florida hasn’t won a Power Five game since beating Vanderbilt on Oct. 9, while FSU is 5-2 since a loss to Jacksonville State earlier in the year. But USA TODAY Sports’ Erick Smith thinks the Gators will get there.

He has Florida playing in Tampa in the Gasparilla Bowl for a matchup that would have interesting implications for the power dynamic in the state of Florida. He predicts a game against UCF, a team UF is set to play in non-conference play in a few years. But there was some controversy in getting that game scheduled, and a bowl matchup between the two could prove to be interesting.

The two teams last played in 2006, when Florida beat UCF 42-0 in the Swamp en route to a national title. This would be a disappointing bowl outcome, but with the way this season has gone, preserving the winning streak over FSU and making it to a bowl game is about the best this team can do.