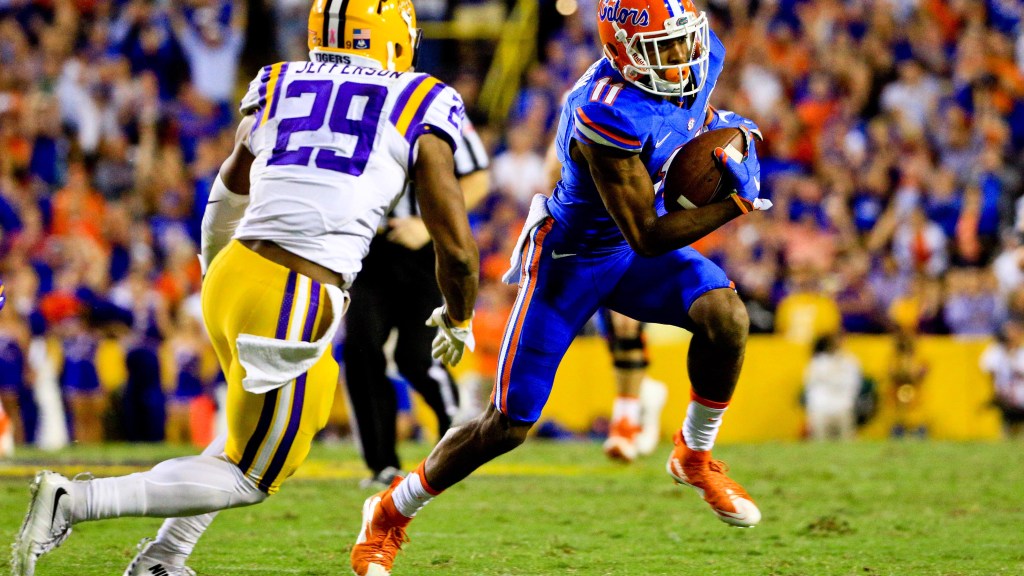 It’s not often that Florida finds itself a heavy favorite at Tiger Stadium in Baton Rouge. It’s one of the toughest places to play in the country, and LSU is nearly always a competitive program.

But this year’s team calls a lot of that into question. It’s 3-3, and it will likely be underdogs in as many as five of its remaining games. It may be a battle for this Tigers squad to even make a bowl game, and USA TODAY Sports’ college football staff doesn’t give it much of a chance to win this one.

A panel of Scooby Axson, Jace Evans, Paul Myerburg, Erick Smith, Eddie Timanus and Dan Wolken unanimously picked the Gators to beat LSU on Saturday in Death Valley, a stadium where it last won in 2016. That game was also the last noon EDT kickoff in the series, and Florida will hope to recreate that outcome this time around.

The Tigers are desperately looking for a win, but the Gators match up well against this team and should be in a good position to head into the Georgia game at 5-2.


Gators Wire’s staff predictions: Can Florida beat a hobbled LSU on the road?