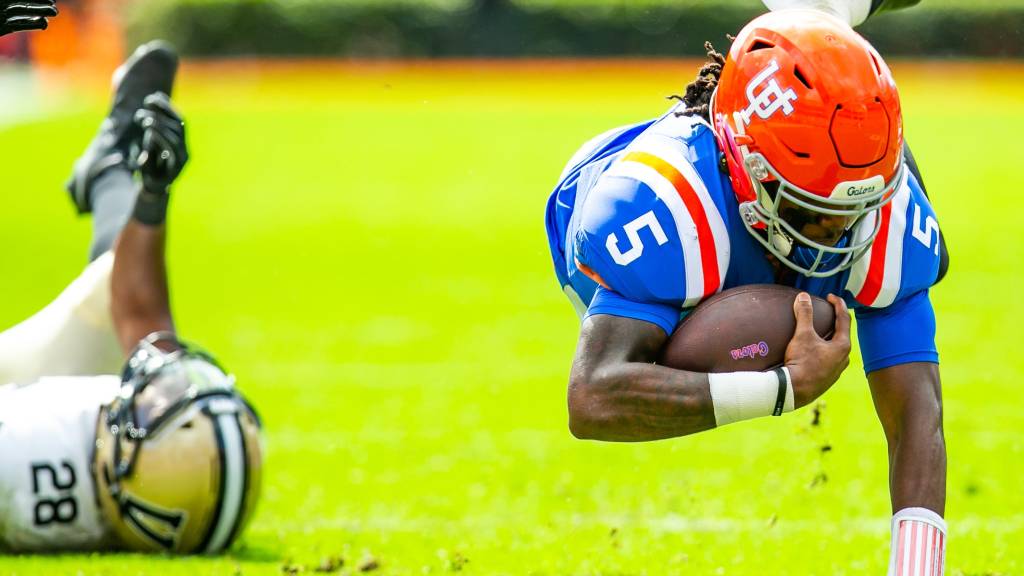 Florida began the 2021 season with a lot of promise. It certainly lost a lot after the 2020 season saw the most prolific offense in school history, with quarterback Kyle Trask and his top three receivers in Kyle Pitts, Kadarius Toney and Trevon Grimes heading to the draft.

But there was a lot of excitement around quarterback Emory Jones, who had waited four years to make his starting debut and promised a new-look offense highlighted by his mobility relative to Trask. We saw that to some degree, as the UF offense was one of the best running teams in the country at one point this season after struggling in that regard quite a bit the last two seasons.

Things started well for the Gators, who were just two points away from upsetting then-No. 1 Alabama in the Swamp in September. But that success quickly faded as the team finished the year just 4-6 with its worst conference record in program history. Coach Dan Mullen was fired before the conclusion of his fourth season after an overtime loss to Missouri on Nov. 21.

Fans entered the season with national title hopes, but when it was all said and done, the team finished with its third losing season since 2013 and had to undergo its fourth coaching search since 2011. After a season full of disappointment, USA TODAY Sports’ Paul Myerberg gave the Gators a “D+” grade for the season.

They’re not the only power program in that tier, as they’re joined by a pair of SEC squads that also struggled in 2021 in Auburn and LSU. The former’s struggles can be explained by a first-year head coach learning the ropes of the SEC, but the latter fired a national championship-winning coach in Ed Orgeron.

Florida will hope that new coach Billy Napier, who is known as an energetic recruiter and detail-oriented game-planner, will be able to find the success Mullen wasn’t able to achieve. The early returns in the recruiting department, where Mullen struggled quite a bit, have been impressive considering it’s a transition class for Napier that he had to salvage from the latter half of the recruiting rankings.

UF has a lot of work to do to rebuild, but Napier will look to have the team more competitive in 2022 than it was down the stretch this season.