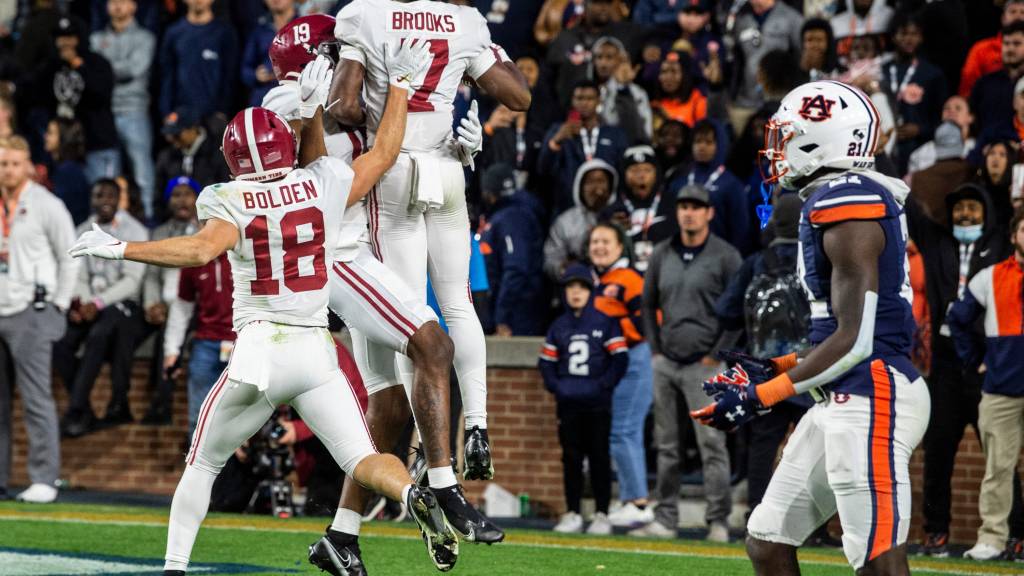 It was a fairly chalky week in the SEC, aside from the strange game that took place in Jordan-Hare Stadium on Saturday evening. In the first Iron Bowl game to ever go to overtime, Auburn led 10-0 over No. 2 Alabama for most of the game, but the Crimson Tide stormed back to tie it on a touchdown with less than a minute left.

The game eventually went to quadruple overtime, bringing the new college football overtime rules into play. Alabama eventually held on for a 24-22 win with a walk-off two-point conversion.

The only other semi-surprising result was Florida’s slight upset over Florida State in interim coach Greg Knox’s first game. The victory gave the Gators bowl eligibility, though they’re not even close to cracking the top 25 in the USA TODAY Sports AFCA Coaches Poll.

With Georgia’s 45-0 shutout against Georgia Tech and ‘Bama’s win over the Tigers, the Bulldogs and Crimson Tide held on to the No. 1 and 2 spots, respectively. Meanwhile, Ole Miss held on to its No. 8 spot after a win in the Egg Bowl against Mississippi State despite some movement above the Rebels.

Kentucky blew out Louisville 52-21, and that moved the Wildcats up three spots from No. 25 to No. 22. They’re directly followed by Texas A&M, whose three-point loss to LSU on Saturday night dropped the Aggies to 8-4 and down nine spots to No. 23. Finally, Arkansas is back in the top 25 after a convincing 31-17 win over Missouri. The Razorbacks received the most votes last week, and they’re back in at No. 25 this week.

Mississippi State, whose 10-point loss to Ole Miss dropped it to 7-5 on the season, received two votes, the fewest of any vote-getting team.

We’ll have a No. 1 vs. No. 2 battle in Atlanta next Saturday between Georgia and Alabama for the SEC Championship, and that game could have a significant ripple effect on the potential playoff field. Here’s how things stand in the rest of the poll.