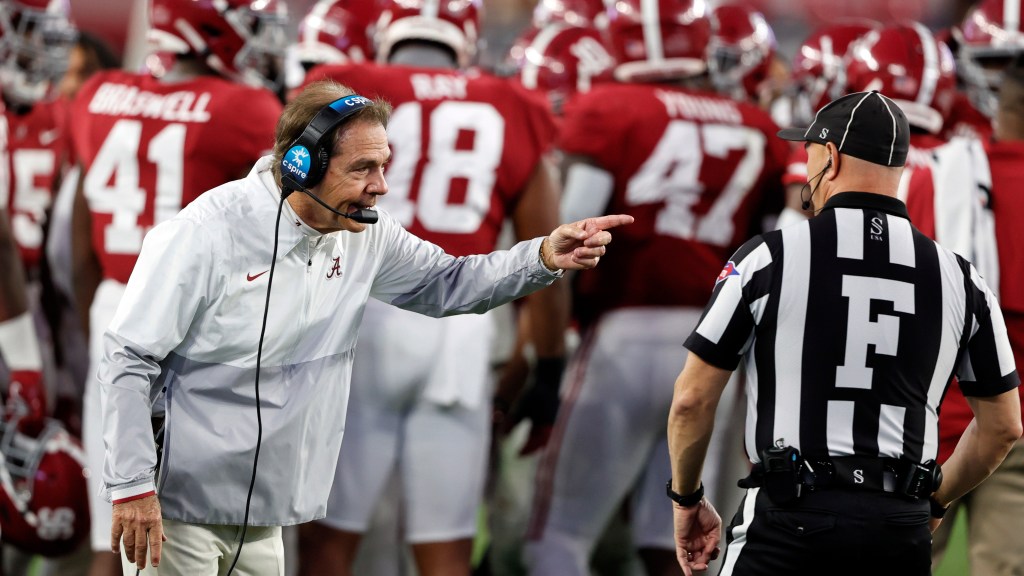 Florida isn’t even sniffing the SEC ranks after a one-point overtime loss in Columbia against the Missouri Tigers on Saturday night, and the Gators need to win the season finale at home against FSU to even have a chance of going to a bowl game this year.

The rest of the SEC, however, had a bit more luck this weekend with many teams facing off against FCS competition. When it was all said and done, five SEC teams are ranked in the latest USA TODAY Sports AFCA Coaches Poll.

Georgia and Alabama stand atop the poll at the No. 1 and No. 2 spot, respectively, and Ole Miss is also in the top 10, moving up two spots to No. 8 after a 14-point win over Vanderbilt. Texas A&M breezed by Prarie View A&M and moved up two spots to No. 14 as a result.

Kentucky was previously unranked but after a 56-16 win over New Mexico State, the 8-3 Wildcats are back in the top 25 at the final spot. Meanwhile, Arkansas, who fell out of the rankings received 67 votes (the most of any unranked team) after a hard-fought seven-point loss to the Crimson Tide. Mississippi State was third, receiving 42 votes after it followed up its big comeback win over Auburn with a blowout victory over Tennessee State.