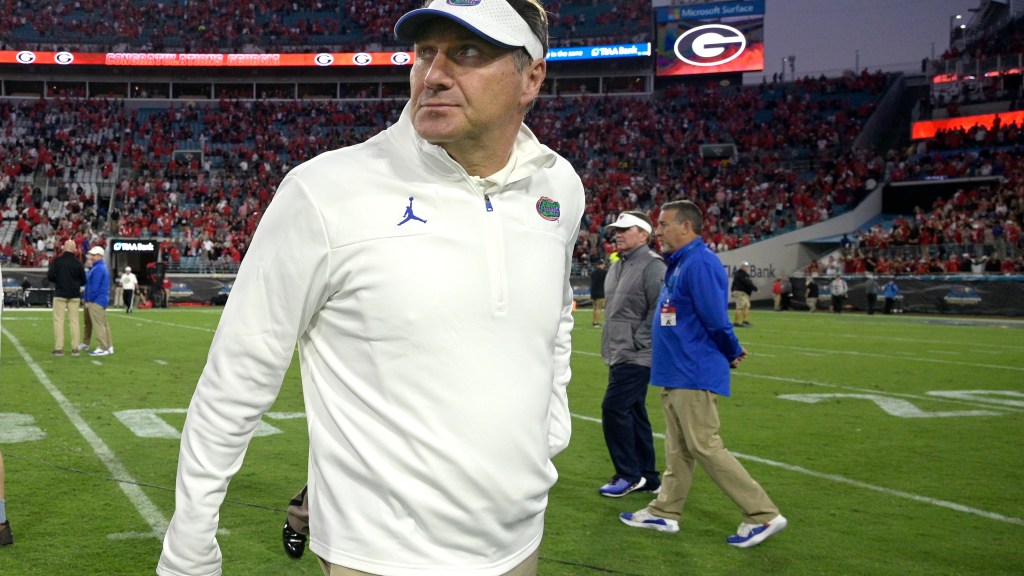 Florida was two score underdog going into the game against No. 1 Georgia on Saturday, but things stayed close until the final 2:30 of the first half. Anthony Richardson turned the ball over three times in his first start for the Gators, and the Bulldogs capitalized on each turnover with a touchdown.

What could have been a close game at halftime turned into a massacre, and Florida lost any support it had left in the USA TODAY Sports AFCA Coaches Poll as a result. Florida earned points from voters in each of the last two weeks since dropping out of the top 25, but the loss to Georgia was convincing enough to leave the Gators off ballots this week.

Aside from Florida’s record, the quarterback situation is getting worse by the week as it became clear that Anthony Richardson still had much to learn before being a trusted starter for the Gators. Had those final minutes in the second quarter gone any other way, confidence in Richardson and Florida is likely a little higher.

The good news is that the Gators have a rather light back end of the schedule. Assuming that the offense turns the ball over less against worse defenses, Florida could work its way back into the voters’ hearts if they can win out. However, reentry to the top 25 seems like a longshot at this point.

Alabama stayed at No. 3 after having the week off, and Texas A&M jumped up two spots to No. 12 without playing a game. Auburn’s upset over Ole Miss landed the two right next to each other at Nos. 14 and 15, with the Tigers naturally in front. Kentucky’s upset loss to Mississippi State has them down five spots to No. 17, and Arkansas finished outside of the top 25 with 65 points.