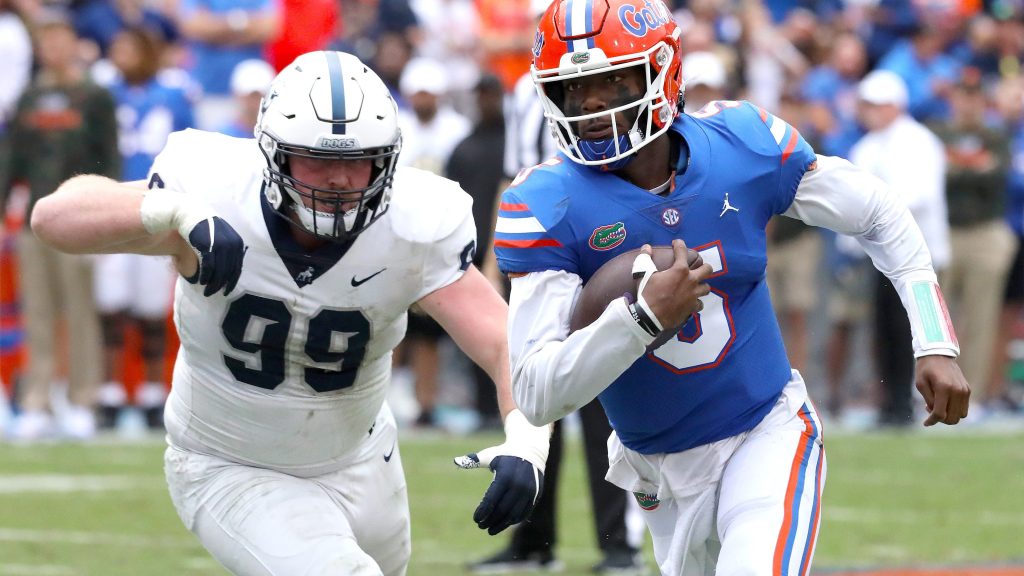 Florida’s 70-52 win over Samford on Saturday didn’t go a long way toward reestablishing confidence in the current coaching staff. The team had one of its worst performances all season and needed to come from behind to beat a 4-5 FCS team. Still, for a team that hadn’t won a game since a 42-0 beatdown of Vanderbilt more than a month ago, it was at least a slight step in the right direction.

That’s the way USA TODAY Sports’ Paul Myerburg is looking at it. In his re-rank of the college football teams from 1-130, the Gators actually saw a two-spot rise after the Samford win, though they still rank just 58th in the nation. That puts Florida one spot ahead of Miami, who fell after a loss to Florida State on Saturday, and two spots ahead of Missouri, who UF plays on Saturday. The Tigers are up 12 spots after a win over South Carolina last week.

For a team that began the season with at least fringe College Football Playoff hopes, this has been quite a collapse, and it could get even worse. The Gators are fairly heavy favorites against the Tigers on Saturday, but a loss in that game would give them their first 2-6 record in SEC play ever. After that, the Seminoles, who are playing much better football than they were when they lost to Jacksonville State earlier in the season, come to town for what should be a difficult rivalry contest.

It has been a tough season in Gainesville, and coach Dan Mullen could be on an increasingly hot seat. It’s unclear if a move will be made this season, but losses in either of the final two games could expedite the process, considering how quickly this team collapsed.