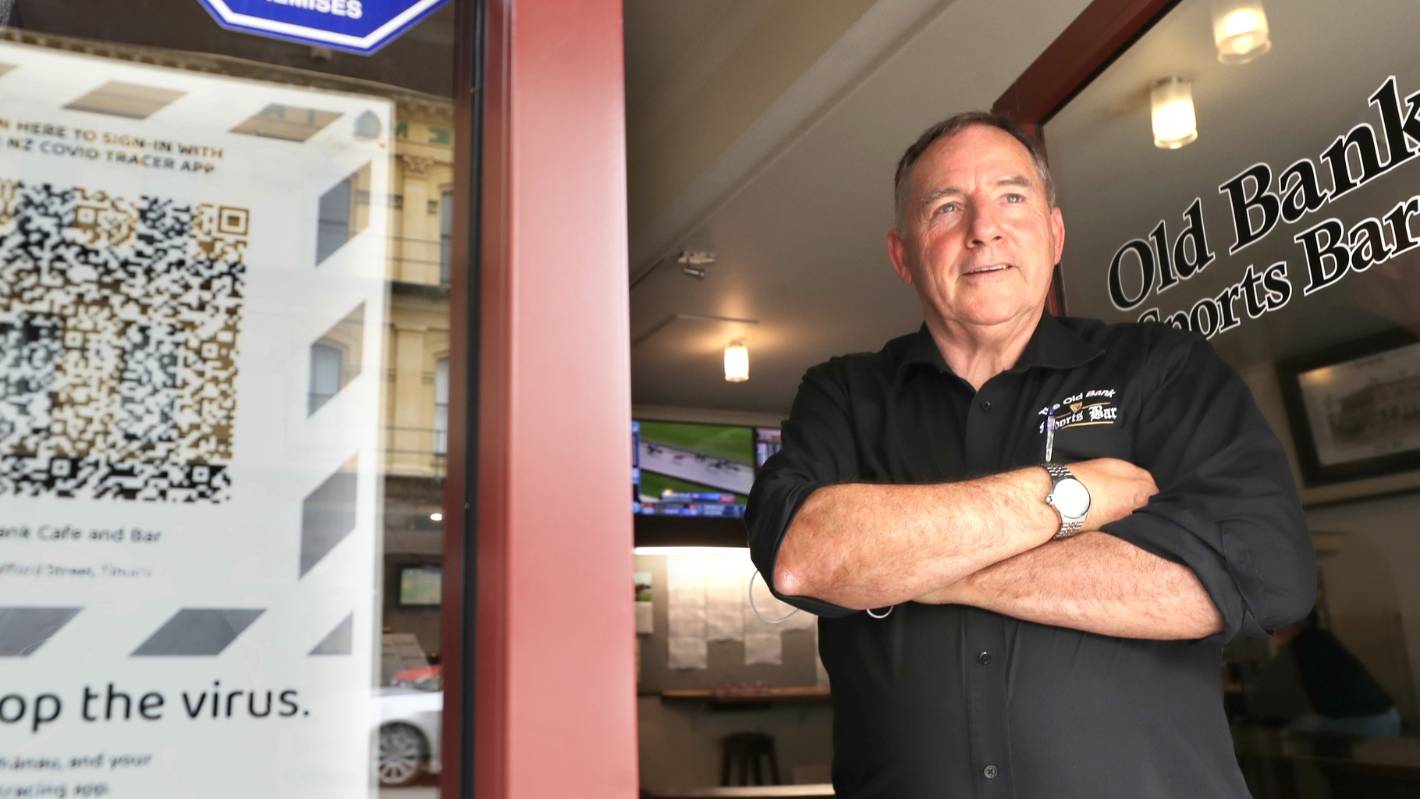 A pair of Timaru bar owners have confirmed that no Covid jab means no entry to their premises in line with the Government’s vaccine mandate.

“It’s a hard thing to say and do, but I can’t allow unvaccinated people in the door,” Bob Mason, who also owns venues in Pleasant Point and Rangiora, said.

“The other thing is the Government has a responsibility to give us the ability to check on this. How we do it, we still don’t know.

“How are they going to get three million passport certificates?”

At the Sail and Anchor Bar and Cafe, owner Barney Cahill also said non-vaccinated would not be allowed entry.

“That’s been our stance for a month before it was mandated.”

Cahill’s venue had previously stayed open to 3am on Friday and Saturday nights, but he had been closing the doors at 11pm.

“People who come to the quizzes keep their distance and follow the rules. On Friday and Saturday night there’s no way of controlling them, so we haven’t been opening. We’ll open late shifts when we get to level 1.”

He said checking for non-vaccinated would not be a problem since they required ID already.

Mason said he had not enforced a vaccination requirement on his staff but only one at the Old Bank had not received a double dose and that was happening soon.

He employed 60 staff at four venues which included the Old Bank and the Bullock Restaurant and Bar in Timaru, Pleasant Point Hotel, and a bar in Rangiora.

“The million-dollar question is if I get Covid, do I blame someone who is unvaccinated, but you could get it from a guy who is vaccinated.”

Mason said some patrons were fervently anti the vaccine.

“I wouldn’t put on paper some of the things they’ve said; that people will be dead in three years, you name it. I said ‘come on.’ It definitely is interesting.”

He believed attitudes would change when Covid-19 became more widespread in the South Island.

“Business will be impacted. It’s a bad day at the office when we get the 1pm report, it affects business and when there are extra cases in Auckland, that has an effect as well.

“I’m pleased they haven’t locked us up, but it’s coming, it will be here. We have to take precautions and face reality.”

Cahill said the whole world is in the same boat, “we’ve got to grin and bear it”.

“There’s no easy answer. Hopefully we’ve got the right people steering us in the right direction.”

At Action Sports Timaru, owner Ferg Hazlett, said his staff were fully vaccinated, and wore masks which met their obligations, although it was different for customers.

“I’m not going to force the issue. I’m not the policeman, if they don’t, that’s their prerogative. We’ve had a few who won’t sign in or wear a mask.”

Hazlett said his gripe was that unvaccinated people could take up hospital space denying those who had followed the rules and been vaccinated.

“At this stage I wouldn’t. If it came to South Canterbury I would look at it differently. At the moment it’s just in Christchurch.

“The Government wants everyone to get vaccinated, but it’s people’s choice.”

He said with his business being in the open air was better than in an enclosed space.

“It’s all about keeping people safe; I think the main thing is to keep an eye on it to stop it spreading.”

In Waimate, Adam Wilson, part-owner of The Barn, said it would be “quite hard” to police customers who might or might not be vaccinated.

“I’ll be spending more money hiring someone to police people for vaccine certificates. It concerns me a little bit. It’s adding more cost to the company.

“I don’t want to force my employees to get the vaccine. It’s taking away their right to choose, but I am encouraging them to get it. It’s tricky legally until it becomes a law.

“But when it does become the law I will tell them that if they don’t have the vaccine, the store can’t open for business.”

Rainbow Dairy owner Sarah Farrell said all her employees were vaccinated. She felt asking customers for vaccine certificates was “not the right thing to do.”

“We are presently in the process of identifying the current (vaccination) status of staff and overall vaccination rate within council,” Waimate District Council chief executive Stuart Duncan said.

“We are following direction from the Ministry of Health in this area.”

“We’re following central government guidelines including strongly encouraging, supporting and enabling all our staff to get vaccinated.

“The council is currently conducting a risk analysis across the organisation, identifying the activities that present a risk of transmission.”