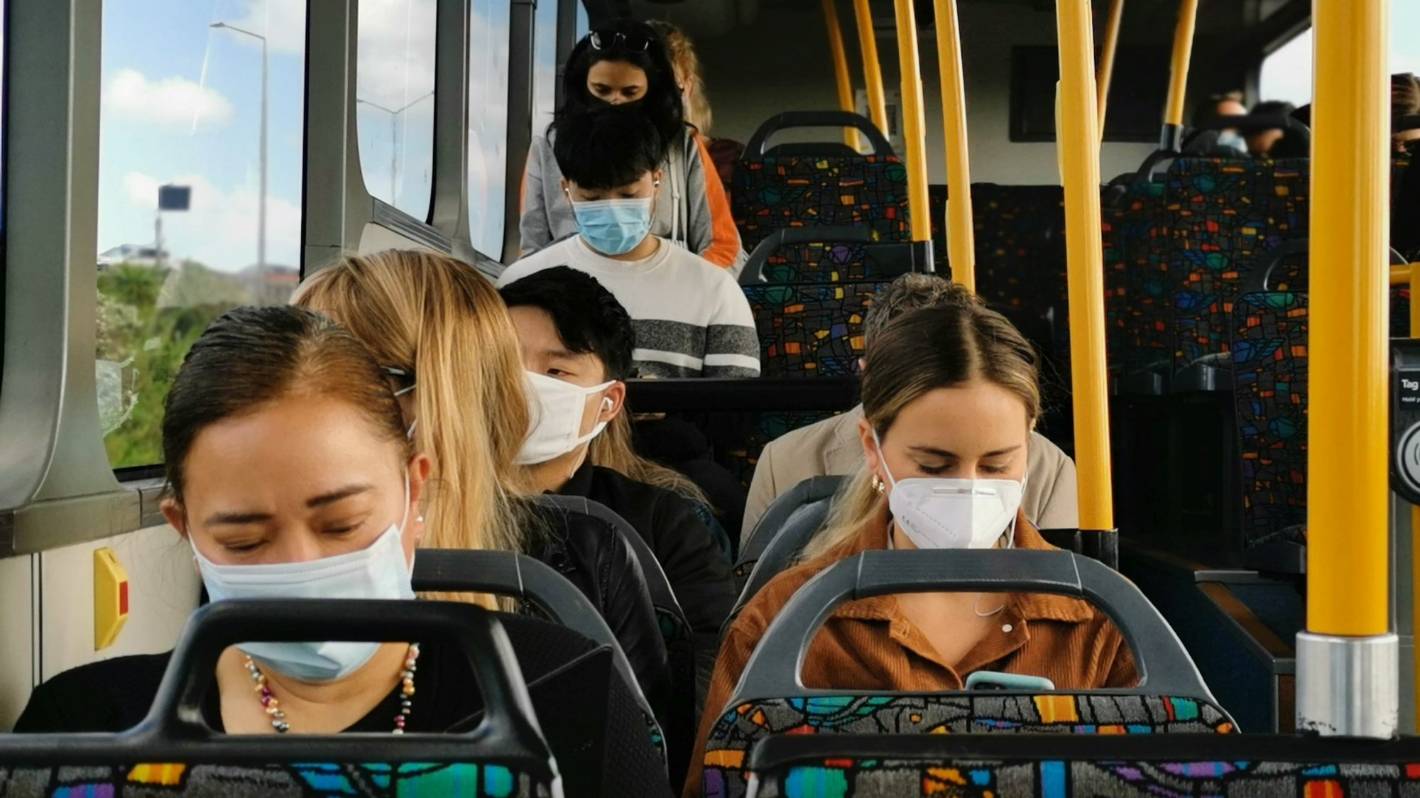 That time is much shorter than was previously thought.

Understanding the impact airborne transport had on pathogens, and the influence of environmental conditions on pathogen survival, could provide information about which strategies to use to limit the spread of diseases such as Covid, the researchers said.

The findings were consistent with a view that the Covid virus was primarily spread over short distances, they said.

While transmission over longer distances had been documented, it tended to be rare and in preventable circumstances, such as prolonged exposure in poorly ventilated rooms.

“Often, the assumption is that short distance transmission is caused by large droplets that fall to the ground more quickly and therefore do not travel as far.”

But the rapid loss of viral infectivity shown in the study indicated transmission became less likely as distance from the aerosol source increased, even if the particles that contained the virus were small and able to travel long distances, the researchers said.

That loss in infectivity added to the considerable dilution in the concentration of aerosols after they were exhaled and had moved more than a short distance from an infected person.

Study lead author Professor Jonathan Reid, director of the University of Bristol’s Aerosol Research Centre, told the Guardian the greatest risk of exposure to the Sars-CoV-2 virus that causes Covid-19 was being close to someone breathing out the virus.

All the researchers involved in the study, which has yet to be peer reviewed, were from the University of Bristol.

They used a system, known as CELEBS, to measure the decline in virus infectivity. The technique traps droplets in an electric field, while a constant flow of air prevents the accumulation of released water around the droplets.

Using the technique, they tested the stability of Sars-CoV-2 in aerosol droplets over times from 5 seconds to 20 minutes.

Another method of assessing airborne pathogen stability, including the airborne survival of Sars-CoV-2, involved the use of apparatus called Goldberg rotating drums that had been widely used over many decades, the study said.

The study authors list what they consider to be shortcomings with that system, and noted the general consensus up until now was that the half-life of Sars-CoV-2 in the aerosol phase was from 1-2 hours, if not longer.

That contrasted with their findings of an initial rapid decline in the infectivity of the virus in the aerosol phase of a few seconds to minutes, with most of the virus being inactivated within 10 minutes.

Using the CELEBS method, the researchers found that at low relative humidity (RH) of 40 per cent, infectivity of the virus fell to an average of 54 per cent within 5 seconds of an aerosol being generated.

At the low RH, infectivity decreased an average of another 19 per cent in the next 5 minutes.

At a high RH of 90 per cent the reduction in infectivity following aerosolisation was more gradual, dropping 48 per cent in the first 5 minutes.

The decay in survival appeared to plateau at both high and low RHs after 10 minutes, with the difference in infectivity in aerosol particles at high or low RHs being indistinguishable after 20 minutes, the study said.

The rapid decay in infectivity found by the researchers, with an observed half-life of seconds to minutes, had not been reported before.

Similar effects were seen in three Sars-CoV-2 variants tested, the Guardian said, and it was hoped to start experiments with the Omicron variant in coming weeks.