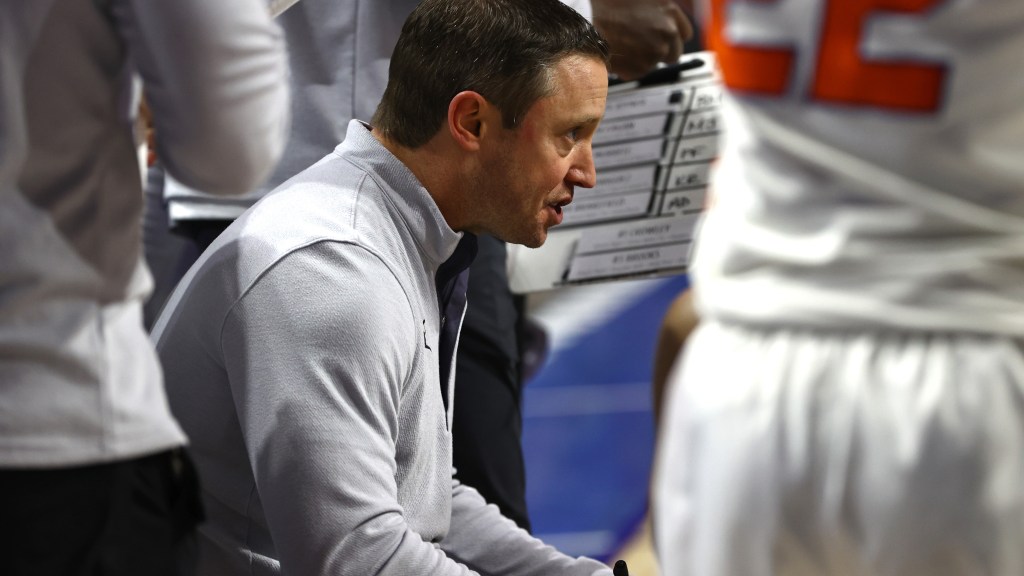 Florida once again had to show a lot of grit on Saturday to avoid a tick in the loss column. For the third-straight game, the Gators overcame an early deficit to win a tight one.

A win’s a win, but the fact that it took overtime to earn a home win over an Ole Miss Rebels squad that ranks No. 103 certainly doesn’t bode particularly well for UF moving forward, especially as it is set to enter one of the tougher stretches of the season.

After another game in which the Gators struggled with an inferior opponent while both teams struggled offensively, CBS Sports’ David Cobb called the game itself a loser from Saturday’s college basketball action.

Florida won 62-57, so good for the Gators. But the game itself receives loser designation since the score upon the completion of regulation was 48-48. Perhaps an optimist could look at that and be encouraged by the relative offensive explosion of Florida scoring 14 points in overtime. In all seriousness, the win was critical for the Gators (15-8, 5-5 SEC), who entered the day as one of Palm’s “Last 4 Out.” But Saturday was the latest evidence of the fact that it’s never pretty — or particularly fun — with Florida.

UF certainly needed that win as it currently sits on the fringes of the projected NCAA Tournament field. The Gators are currently in the middle of a relatively easy three-game stretch, and they need to win the final leg at home against Georgia before beginning a gauntlet.

Florida follows that one with three-straight Quadrant 1 games on the road against Kentucky and Texas A&M before returning home to take on the top team in the country in Auburn. After that, there’s another tricky matchup in a Quadrant 2 home game against Arkansas.

That stretch will literally be do or die for a team on the brink of missing the postseason, and the Gators absolutely could not have afforded a loss to the Rebels.