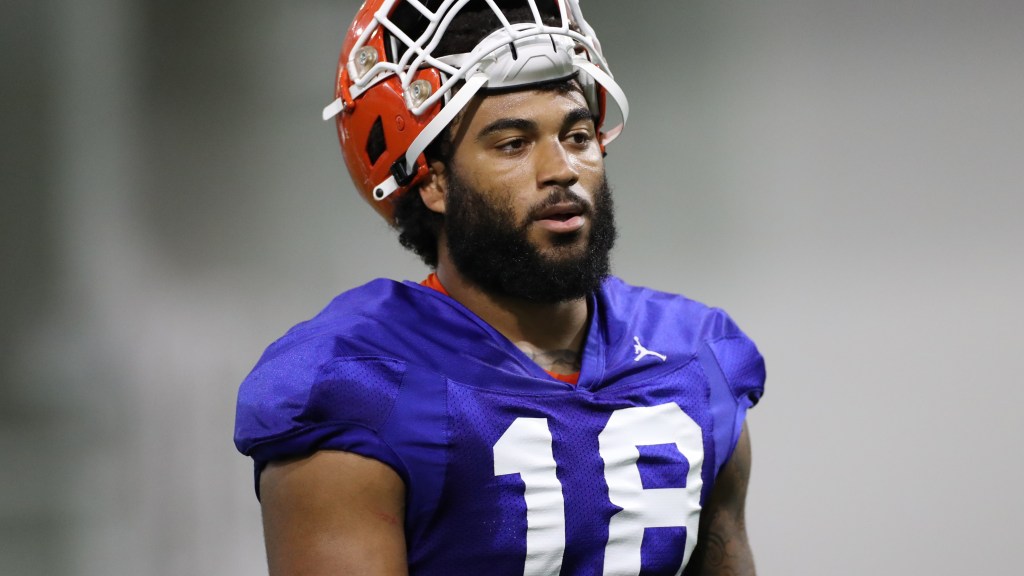 Whenever there’s a coaching change, you can expect some players to choose to leave in the fallout, especially in the transfer portal era. After announcing Billy Napier as the next head coach on Sunday, Florida saw two players choose to leave the program on Monday.

Per reports, redshirt freshman offensive lineman Gerald Mincey and redshirt junior defensive lineman Dante Zanders have entered the transfer portal, meaning that schools can now contact them as they look for a landing spot.

Mincey was a three-star recruit (per the 247Sports Composite) out of Fort Lauderdale in the 2020 recruiting class. He appeared in one game in 2020 as a redshirt freshman, seeing action in Florida’s Cotton Bowl loss to Oklahoma in the final game of the year, and he appeared in nine games in 2021 as a reserve offensive lineman.

Zanders was also a three-star recruit, but the Boca Raton product originally committed to Florida to play tight end. In his first two years on campus, he appeared in 15 games as a reserve tight end and didn’t record any stats. He moved to defensive end ahead of the 2020 season, and he appeared in every game after missing the season opener, totaling five tackles.

He appeared in every game in 2021 as a redshirt junior, but he still only totaled six tackles (four of which came against South Florida in Week 2) and half a sack.

These aren’t major losses for the Gators, but they will decrease their depth along the trenches heading into 2022. Napier may look to the transfer portal himself this offseason to help shore up the lines of scrimmage.