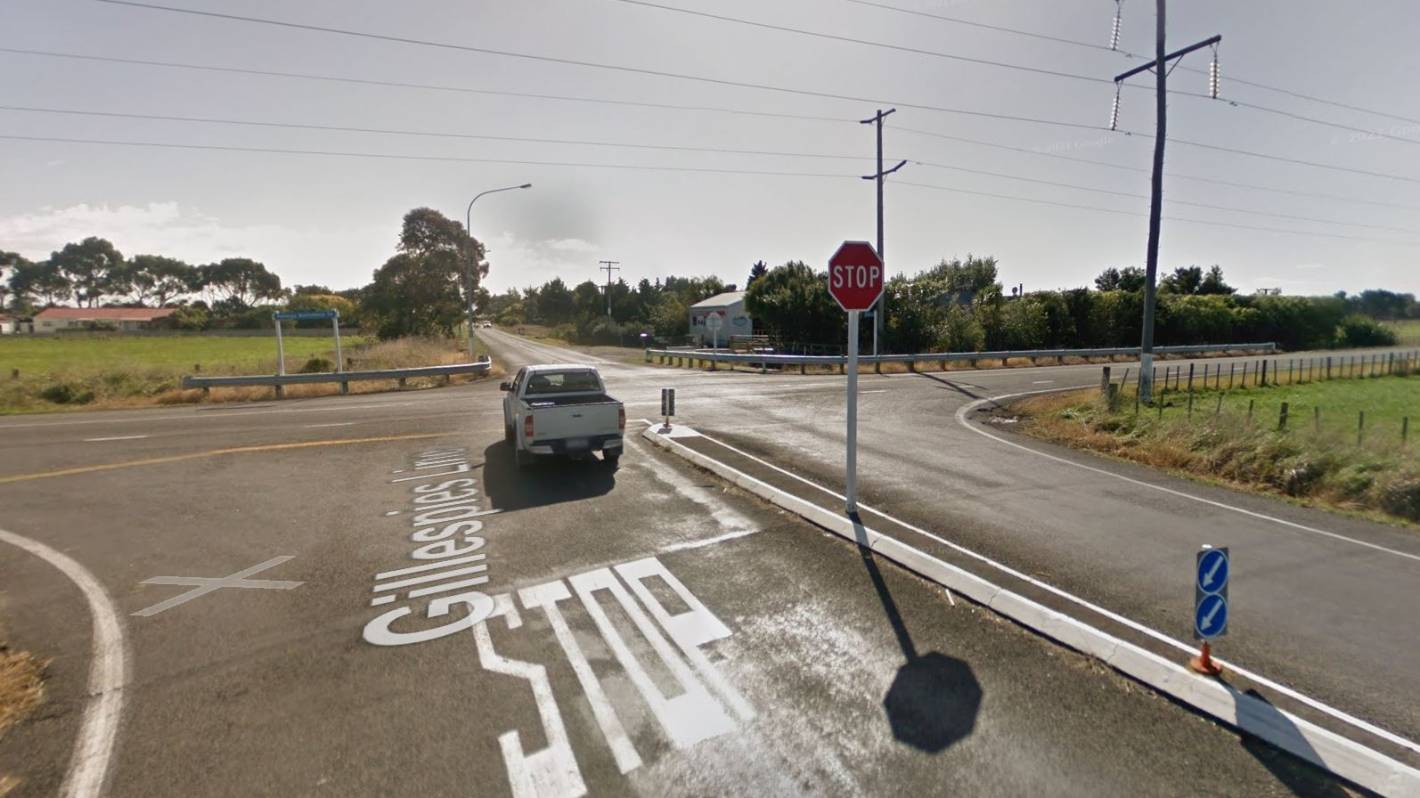 One person is seriously injured, and another moderately, after two vehicles collided at the intersection of Gillespies Line and Kairanga-Bunnythorpe Rd at 4.10pm on Tuesday.

Two people are in hospital after a serious crash at an intersection near Palmerston North.

Emergency services were called to the intersection of Gillespies Line and Kairanga-Bunnythorpe Road, after two cars collided at 4.10pm on Tuesday.

A St John Ambulance spokeswoman said one person was seriously injured in the crash, and another moderately injured.

Both were taken to Palmerston North Hospital.