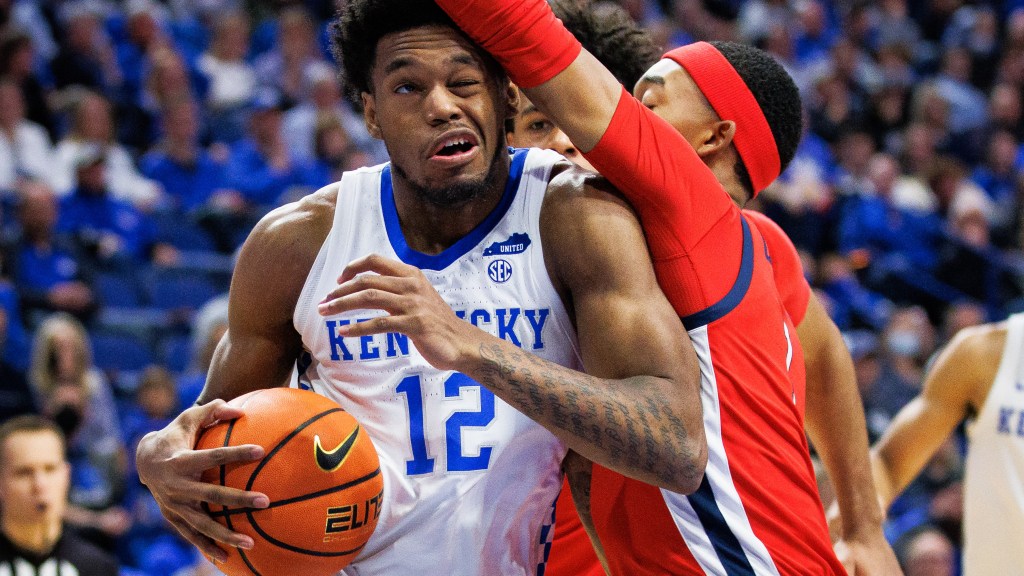 According to a Friday morning report, the Gators are among an ocean of schools who are in “regular contact” with transferring forward Keion Brooks Jr. As a former top-25 prospect from La Lumiere in Indiana, he has been productive during his college career but has fallen short of first-round expectations so far.

Having spent the first three years of his college career with the Kentucky Wildcats, Brooks is exploring his options for the upcoming year. He has closed off virtually nothing at this point in his re-recruitment, with the SEC, Big Ten, Pac-12, and Big East included in conferences represented. Brooks is also publicly mulling a return to Kentucky or a stab at the NBA.

Brooks has been in the portal since late April, riding a season’s performance that closely mirrors what he did in 2020-21 on the stat sheet but in twice the number of games. He’s a scorer first and foremost, notching 10.8 points per game, but it’s all on the inside. His production at the arc, or lack thereof, came on less than one shot attempt per game.

For a player with Brooks’ physicality, you’d generally expect more rebounds than what he’s provided. In this case, I’m willing to issue a get-out-of-jail-free card. Friend or foe, it’s tremendously difficult to make an impact on the glass with Oscar Tshibwe on the court. Getting out from under his former running mate’s shadow will make a difference and his rebounding figures should blossom.

An area where I’d like to see him make improvements is how often he gets to the free-throw line. Drawing fouls is a skill and he has the build to put those skills to work. With a 6-foot-7-inch frame that has carried a lot of lean muscle since the day he stepped onto a college campus, Brooks needs to be willing to do some of the team’s dirty work.

With two scholarships open and a portal packed full of useful players, there’s no reason not to expect reports of this nature to trickle out for the Gators. They’ve already added four players from other programs and Golden has shown no sign of taking his foot off the gas. Don’t get too disheartened if Brooks goes a different direction — he’s a talented and useful player but Todd Golden seems to know what he’s doing.