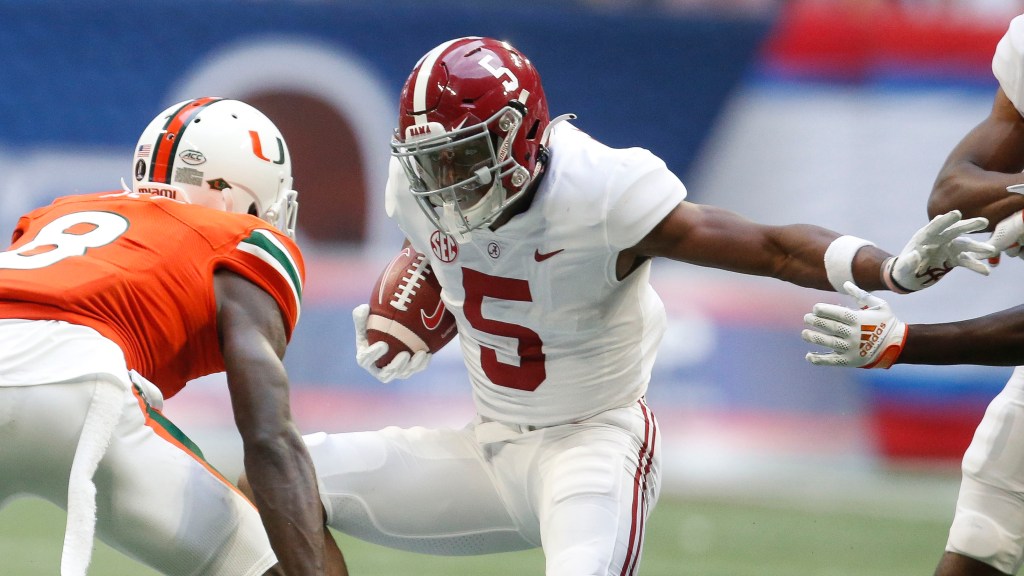 Florida hosted several recruits over the weekend, and one of the surprise names in the Swamp was Alabama transfer receiver Javon Baker.

Baker left Gainesville impressed with Florida and said that the Gators’ chances of landing him were “pretty high,” according to 247Sports. He spent time with Billy Napier and receivers coach Keary Colbert during his visit, who seems to have made an impact on him.

“He was at USC, and he played receiver in the league, too,” Baker said. “I like that. I like that about a coach, he can show me how to do stuff, not just play another position, or play football at all, just coaching me; I like all that. So that played a role.”

Before he made his visit, Baker spoke to former Alabama players who were familiar with Napier from his time in Tuscaloosa. The scouting report came back positive on Coach Nape, giving Florida a leg up before even getting him on campus. Another helpful note in Baker’s recruitment is that he played high school ball with Gators quarterback Carlos Del Rio-Wilson.

Florida just lost its No. 1 receiver, Jacob Copeland, to Maryland and starting tight end Kemore Gamble to UCF. Justin Shorter is set to step up as next year’s main receiver with Trent Whittemore taking over the slot following Rick Wells‘ graduation. Xzavier Henderson has played significant snaps, but Baker could insert himself into the rotation rather easily with the Gators’ limited depth.

In two years at Alabama, Baker has totaled nine receptions for 116 yards and a touchdown. He worked on special teams in the Crimson Tide’s game against the Gators this season.