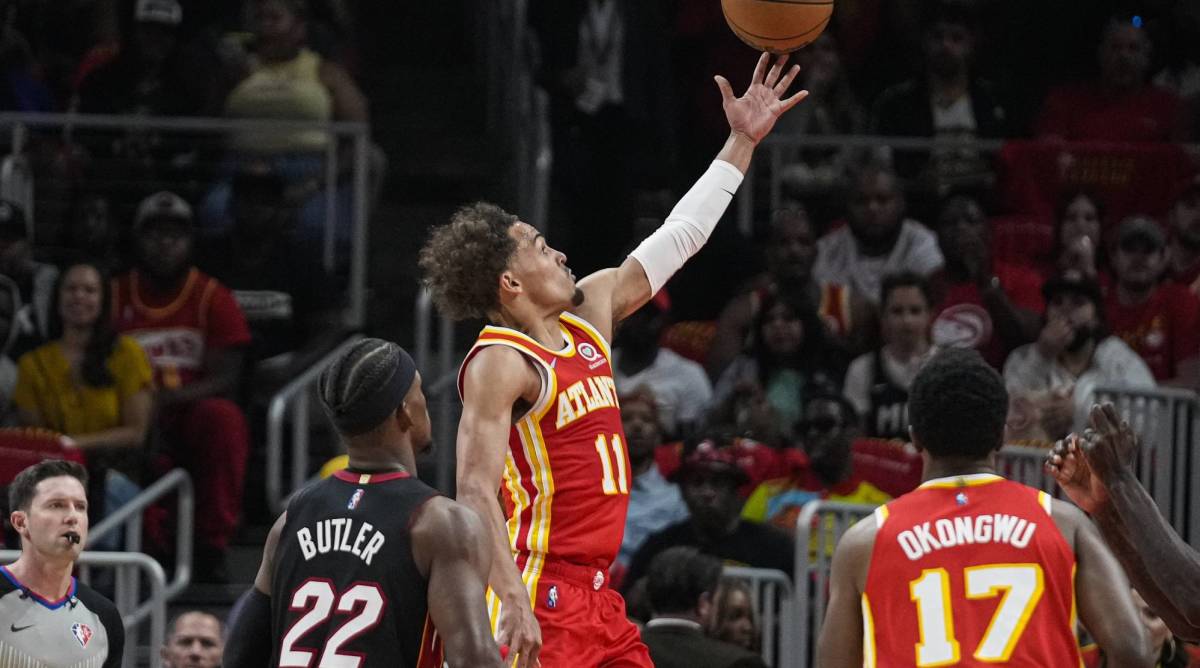 Hawks star point guard Trae Young had trouble shooting the ball in Friday night’s Game 3 vs. the Heat. But with 4.4 seconds to play, Young sunk a game-winning floater to lift Atlanta to a 111–110 victory over Miami.

After losing two straight games to open the series in Miami, it was desperation time for the Hawks, who needed a home victory to avoid a 3–0 deficit in the Eastern Conference first-round matchup.

It was not easy for Atlanta, who trailed by as many as 16 points in the second half against Miami. Friday marked the third-largest playoff comeback in the last 25 seasons for the Hawks, per ESPN Stats & Info.

Young finished with a team-high 24 points on 6-for-14 shooting, while De’Andre Hunter added 17 and Bogdan Bogdanović scored 18 off the bench.

The Heat wasted a performance that saw Jimmy Butler and Max Strus score 20 points a piece, while Tyler Herro scored a team-high 24 off the bench. Miami made a push late to take the 110–109 lead, but couldn’t hold on during its final defensive possession of the night.