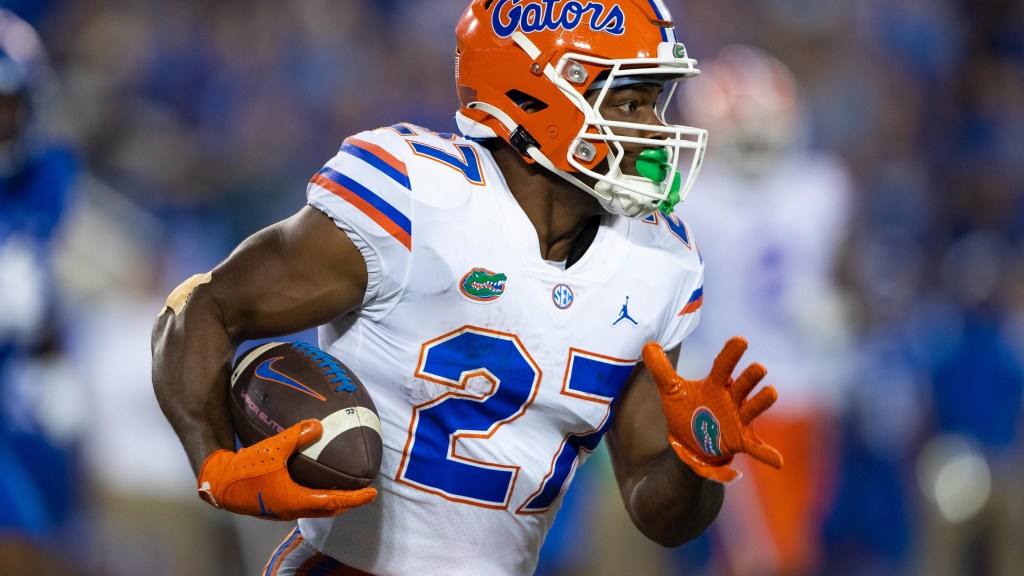 Florida football fans got an inevitable announcement on Tuesday when the team’s top running back Dameon Pierce officially declared his intention to enter the 2022 NFL draft on his Instagram account. The announcement comes on the heels of cornerback Kaiir Elam‘s declaration on Monday, making him the fourth Gator to officially test his talents in the professional draft so far.

“First off, I would like to thank every coach, mentor, and all of my friends and family. You all have been a motivational force in my life and have kept me positive throughout my journey. Lastly, thank you Gator Nation for all of the great memories in The Swamp and your unconditional support.

“With that being said, I would like to announce that I will be declaring for the 2022 NFL Draft, and putting all of my efforts and focus into that. Once again, thank you all, and it’s nothing but love. Peezy out”

Pierce joins Elam — who is expected to be a first-round selection by many — along with defensive lineman Zach Carter and linebacker Brenton Cox Jr. as Gators who have declared for the draft.

The fourth-year senior finished the season with 574 yards on exactly 100 carries — a number many believe should have been higher — leading all running backs in both categories while scoring a team-high 13 touchdowns on the ground. He trailed only quarterback Emory Jones in the yardage and carries departments, though his average of 5.7 yards per rush was second only to the other quarterback Anthony Richardson‘s 7.9 among players with at least 10 rush attempts.

Pierce’s departure leaves a large hole in Florida’s running back room, and not just because of the statistics. The 5-foot-10-inch, 215-pound beast brought a tenacity to the field exemplified in his helmetless run against the LSU Tigers. There is little doubt he will make a positive impact on the NFL, wherever he may land.