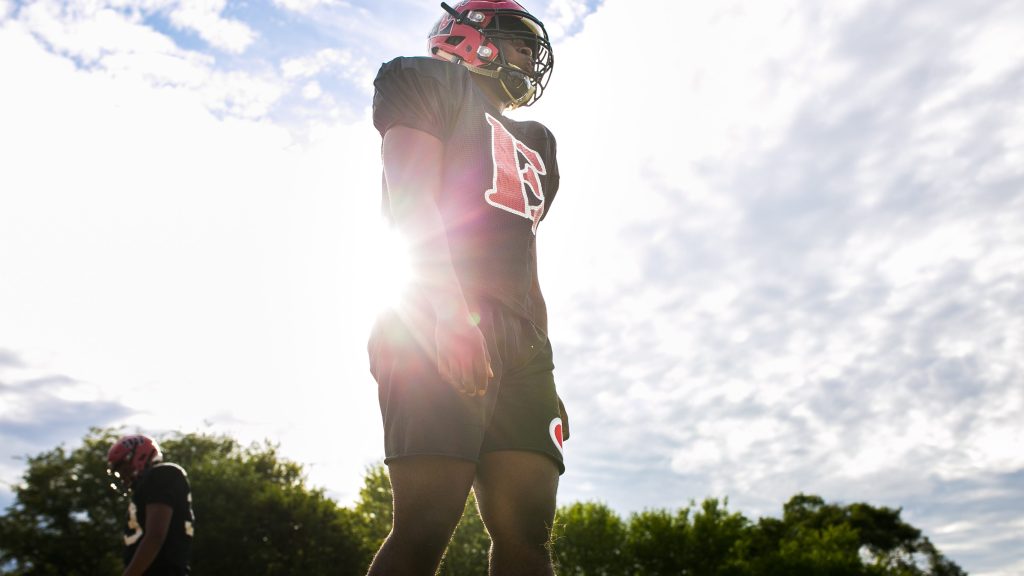 The recruiting period for the 2022 class has passed but Billy Napier and his army of staff have already moved on to the 2023 brood as the new head coach looks to restore the Orange and Blue to its previous glory. Among those Florida football is persuing for its next generation of Gator gridiron warriors is 247Sports’ top wide receiver prospect in the nation, Brandon Inniss from American Heritage in Plantation, Florida.

The in-state offensive target announced his plans to visit Gainesville on Twitter Wednesday, setting the date for March 6. He also noted that he intends to also visit the Ohio State Buckeyes on April 2 in an earlier tweet.

Inniss was initially committed to the Oklahoma Sooners but backed off after Lincoln Riley stepped down as head coach, re-opening his recruitment to all potential suitors. The 6-foot, 190-pound Floridian currently owns a five-star rating from 247Sports Composite and a four-star rating from the On3 Consensus. The former lists him as the top receiver in the nation while also holding the overall No. 3 spot in Florida and No. 8 in the nation.

According to 247Sports, Inniss has received offers from 37 total programs so far, but only Ohio State, Miami Hurricanes, Alabama Crimson Tide and USC Trojans are considered “warm” for his services. According to On3, the Sooners still lead the race for Inniss, though it lists wide receivers coach Dennis Simmons — who followed Riley out west — as the primary recruiter for both Oklahoma and USC, suggesting that the Okies might not be in as strong a position as indicated. Florida, however, is included among On3’s remaining top-five suitors along with OSU, Miami, USC and Alabama.

Landing Inniss would be a massive coup for the Gators not just from the standpoint of improving its wide receiver corps but also taking advantage of the massive talent pool that is available in their own backyard.