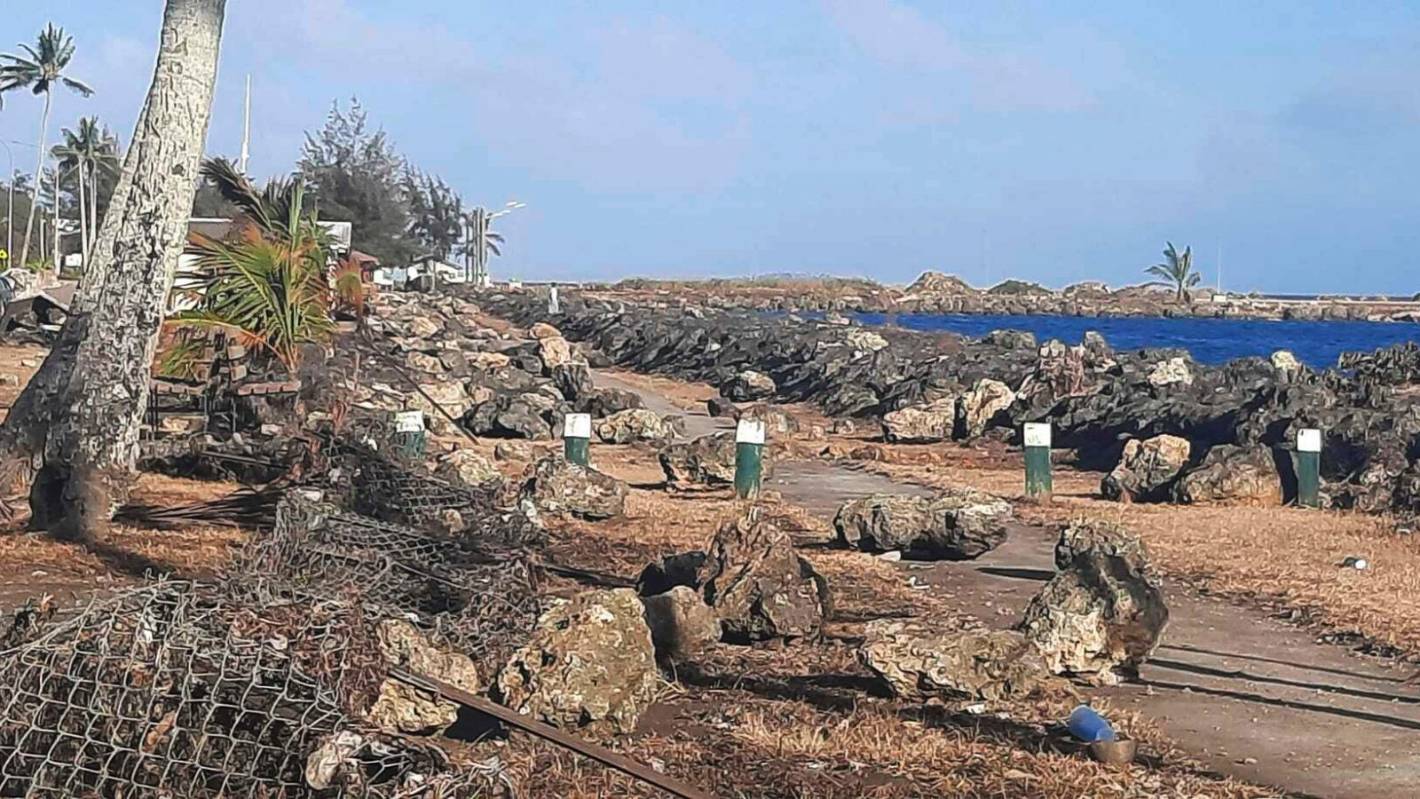 Tongans from the main island village of Haveliku feared the end of the world as huge volcanic eruptions boomed out last Saturday.

Hamilton Tongan leader Mefi Naufahu, who’s finally been able to confirm his brother and family there are safe, says he’s been told there were two main explosions during a “really scary” period.

“Most of the people in the village thought that was going to be the end of the world for them,” said Naufahu, the chairman of the Waikato Tongan Community Charity Trust.

He had at last been able to contact his brother by phone after repeated attempts. ”I kept ringing and suddenly I got through.”

The most stressful thing is not knowing what’s happening, and not being able to communicate with anyone back home, Waikato Tongan Community chairman Mefi Naufahu says. (This video was first published on January 18, 2022.)

While the brother and his family were okay “they really need food and water”.

His brother had also reported two possible, unconfirmed fatalities in a neighbouring village, in addition to the three already reported from Saturday, after elderly people are said to have passed away from “shock”.

Most people in Haveliku were currently living at home and there was a big clean-up effort going on, including clearing ash from roads to enable car travel.

While people had enough supplies for now, they were expected to run out soon. The arrival of aid from Australia and New Zealand was therefore a relief, Naufahu said.

Hamilton City Council has now agreed to a one-off $10,000 grant to kick-start a Hamilton-centred relief effort for Tonga, following a request from Naufahu’s trust.

The funds will be used to help cover shipping and freight costs for containers of donated goods leaving Hamilton and the wider Waikato region.

Mayor Paula Southgate said in a statement the city’s Tongan community, about 3000 strong, was “hurting desperately”.

“They have told us that, right now, helping fund freight is the best way we can help.”

A grateful Naufahu was on Friday organising a meeting of Tongan community members and trust board officials to look at organising two containers to be sent “home” using the funds from the council.

He said the aim will be to get a first container away next week, with food the main priority. It’s hoped a second container can go from Hamilton the following week, and a third will be considered.

Hamiltonians wishing to donate food or clothing for sending to Tonga are asked to contact Te Papanui Trust’s Wayne Tamako on 0274788148.

“This disaster is very close to home and many of us have strong connections to Tonga and the broader Pacific. People in our city will want to do what they can.”