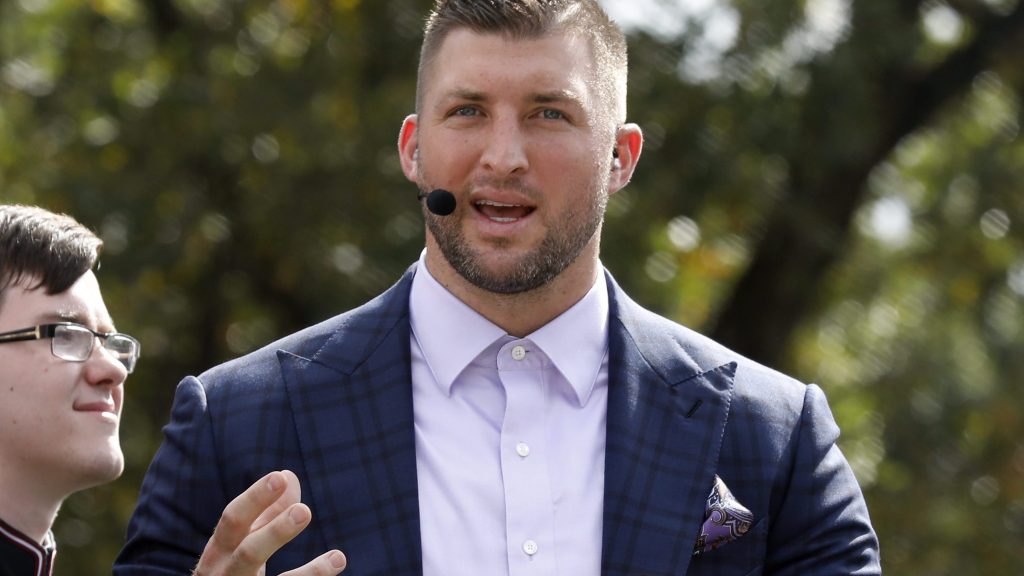 Tim Tebow is unquestionably one of the titans of Gators football. Though his career fizzed at the professional level, was one of the greatest to ever play the game in the Swamp. During these frustrating months for the Gator Nation, Florida fans can rightfully think back to the days when he was under center in Orange and Blue with a nostalgic glow. Tebow is, and will always be, a bastion of better days in the program.

The thought appears to have taken some root among some that Tebow, a living legend for this school, maybe a good choice to lead the Gators football team into the future. After all, Tebow’s comeback attempt as a tight end didn’t go as planned, and Florida needs a new head coach now that Dan Mullen is on the outs.

The odds on the next Florida head coach reflect that thought. Tebow landed 100/1 odds, which aren’t good by any stretch, but are far from lightning striking on a long shot. That being said, Vegas odds aren’t gospel. They merely reflect the public’s state of mind on a particular topic. Dreaming of seeing the former star making a return to the sidelines in Gainesville is misguided, to put it lightly.

First of all, it is absolutely crucial to point out that Tebow has no coaching experience whatsoever. His years in the game provide a good starting point if he desires to pursue that route. Frankly, though, he doesn’t have the proper foundation to head up any program, let alone an SEC team with the potential to be a powerhouse with the right leadership.

Secondly, he may be an asset in certain cases on the recruiting trail, but Tebow is more of a controversial figure nationally than some Gators fans would like to believe and could be a two-edged sword with out-of-state recruiting targets. His personality is seen as quirky at best (particularly in regards to his public stance on premarital abstinence) and his repeated comeback attempts in the MLB and NFL have drawn a substantial amount of mockery.

One also has to take into account the fact that coaching is somewhat at odds with Tebow’s drive to have a role in public-facing philanthropy.

Those words may drip with irony in retrospect, but they’re not wrong.

If the new Gators regime wants to offer Tebow a starter gig in the industry, there’s no real problem with that. He could easily slip into a role focused on culture-building and making recruiting pitches to specifically targeted players who will respond well to his brand without sacrificing his personal life. After all, his passion for the game is undeniable.

He’s not ready for the big chair, though. Not by a long shot.