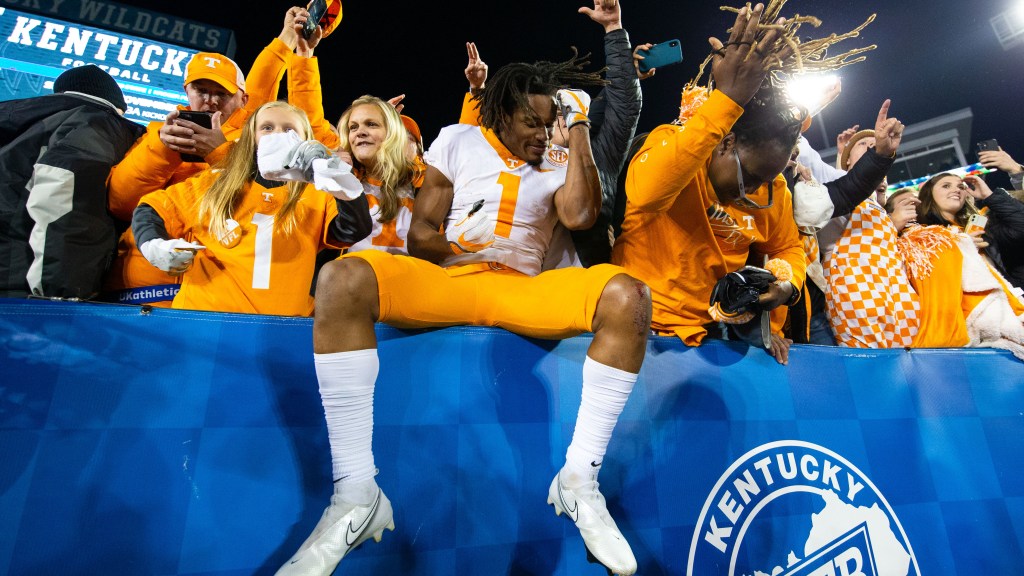 Most of the SEC was back in action this week and three big upsets led a busy Week 10 of college football.

Florida lost by more than the 20 points they were favored by against South Carolina, and Josh Heupel got his first signature win at Tennessee against eighteenth-ranked Kentucky. Arkansas got its third win over a ranked team this season against Mississippi State despite allowing Bulldogs quarterback Will Rogers to throw for over 400 yards.

No. 1 Georgia made easy work of Missouri, once again proving they are the best team in college football. The nation’s No. 2 team, Alabama, struggled a bit against a banged-up LSU team that continues to impress against conference rivals. Texas A&M and Auburn were ranked right next to each other, but a one-sided game in favor of the Aggies ended any debate about which is the better team right now.

Ole Miss took care of Liberty by halftime but only scored three points in the second half. Here’s how each SEC team grades out after their performance in Week 10.