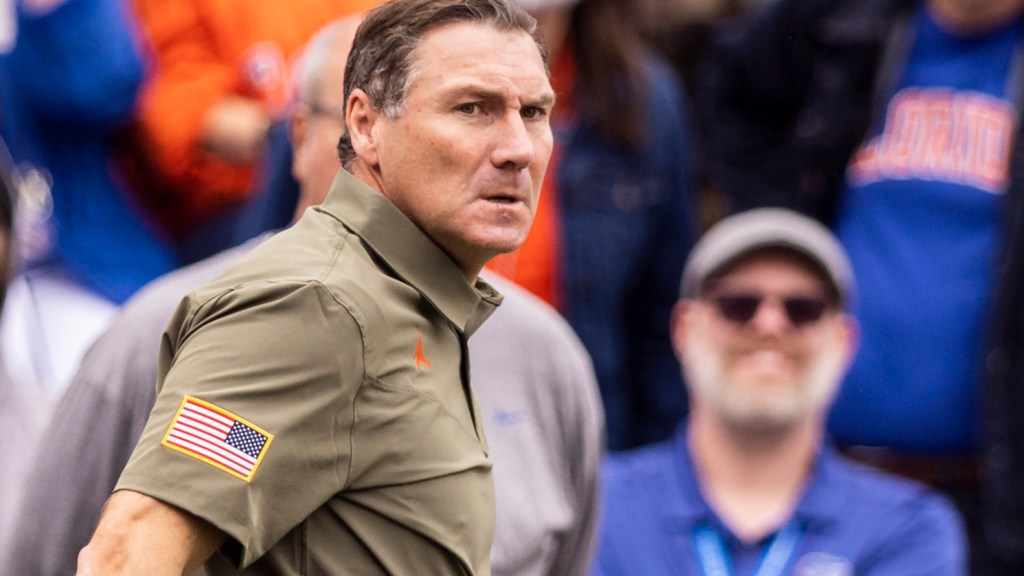 Florida is officially on upset alert at halftime against Samford. The Bulldogs have outplayed Florida and lead the Gators 42-35 at halftime.

Florida’s offense hasn’t had too much trouble scoring, but the defense has been arguably worse than it was against South Carolina last week. Of course, head coach Dan Mullen fired his defensive coordinator earlier in the week leading many to ask if that was truly the problem.

Samford only punted once in the half and scored at will for the most part. Quarterback Liam Welch exploded for nearly 300 yards in the air and added some more offense with his legs.

The loss to South Carolina looked like it was rock bottom for Florida last week, but it looks like the program could reach new lows if things don’t change at the half.

Florida let go of defensive coordinator Todd Grantham after losing to South Carolina and linebackers coach Christian Robinson is calling defensive plays for the rest of the year. His first game isn’t going so well. Alabama only scored 31 points against Florida back in Week 3, and Samford has 42 in the first half this week.

The Bulldogs only punted once in the half, and it’s clear that Florida can’t stop them on defense. Samford quarterback Liam Welch finished the half with 298 passing yards and four total touchdowns. The Florida offense might be able to force a comeback, but the Gators came into this one as a near 40-point favorite.

Big plays are going to save the Gators if anything can

Not a lot has gone right for Florida against Samford, but a few big plays on offense have allowed the Gators to at least score semi-consistently against the Bulldogs. Tight end Kemore Gamble brought in a 46-yarder from Emory Jones late in the first quarter, and Florida scored on the very next play.

Jones broke a big play of his own on the next drive scoring a 31-yard rushing touchdown. After failing to convert a fourth down, Florida got two big runs from Dameon Pierce before Justin Shorter stretched out for a 33-yarder in the red zone.

In the final Gators drive of the half, Jones found Nay’Quan Wright for a 45-yard touchdown.

Penalties are still a problem for this Gators team

The Gators were penalized five times for 34 yards in the first half. While it’s far from the worst performance Florida has given this year in terms of penalties, but it’s the nature of the penalties that reveals how far this program has fallen. False starts on the road against an SEC school is one thing, but holding and jumping offside against an FCS school seems desperate.