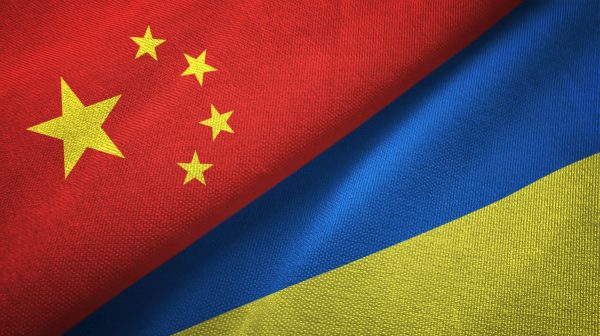 Within hours of Russia’s invasion of Ukraine, China’s social media platforms saw many pro-Russian comments treating the war as a joke or an opportunity to “chigua” (吃瓜, a slang term for rubbernecking or watching a disaster from afar). Such comments have once again led the world to believe that the Chinese people are inseparable from their government and contributed to negative perceptions of China in countries that are strongly against the war. The Chinese people who wrote such words stand in sharp contrast to those Russians who protested the war in Moscow on the night of Russia’s invasion of Ukraine.

Why are some Chinese people so ebullient in the face of the war?

First, Chinese people lack channels to obtain objective news and information. The dominance of state narratives in China’s media environment – combined with the prevalence of nationalism, as discussed below – colors Chinese perceptions of the world. Since Russia’s invasion of Ukraine on February 24, China’s official coverage of the crisis has been slanted toward Russia. The Chinese government has consistently avoided using the term “invasion” to describe Russia’s actions, and Chinese official media have repeatedly described Russian President Vladimir Putin’s decision to attack Ukraine as being due to U.S. pressure and NATO expansion. It has also portrayed China as being in a similar position to Russia, namely a target of “the United States’ coercion and abetment.”

Chinese and foreign media tend to report on the conflict using completely different narratives and storylines. For instance, on the one hand, the Ukrainian media OBOZREVATEL reported that four Chinese students had been killed in the Russian bombing of Kharkiv. This was denied by Chinese media. Additionally, the Russian media outlet Sputnik claimed that 323 Chinese citizens were being held by Ukrainian nationalists, which Chinese officials haven’t yet confirmed or reported on.

In China, social media commentary is tightly controlled. Comments unfavorable to the government are hidden from the broader public. The posts that are left are full of nationalism and aggressive, “wolf warrior” narratives. Are there really so many “war wolves” in Chinese society?

The Chinese government maintains a massive “water army” that attempts to sway the public. They are not only active on domestic social media sites, but also on key international social media platforms. In fact, China is not the only country with an internet army of online critics. An article published in The Telegraph showed that 30 governments worldwide maintain such online armies, called “troll farms.” Their governments pay commenters to impact political opinion and criticism.

It is difficult to determine whether the pro-Russian comments or jokes about the war are being posted to Chinese social media by the internet water army, or whether they represent the Chinese people’s real views. However, because the media’s one-sided comments are constantly seen and remembered, some of the Chinese public has gradually come to agree with the views implied by these comments. The “wolf warrior” vibe has had a major impact on people’s perception of the war, but it is hard to distinguish who the “war wolves” on Chinese social media really are: Is it the Chinese government or the Chinese people?

In reality, the opinions of Chinese citizens are not as unbalanced as those of the Chinese government. Public opinion about the conflict in Ukraine is divided into two camps: Those who strongly support the government’s position, and others who consider Putin to be a Hitler-like person, whom they also refer to as “Putler.” Chinese in the second group believe that the war is undoubtedly a tragedy, and that it is a horrible thing for a sovereign state to violate another sovereign state in the modern world.

The Impact on China-Ukraine People-to-People Ties

These social media narratives matter; they will impact lives in the real world.

Before the Russian invasion, China and Ukraine enjoyed a good relationship. One year after Ukraine separated from the old Soviet Union it was recognized by China. China and Ukraine established formal diplomatic relations in 1992. Bilateral relations between China and Ukraine have been relatively smooth, especially since Ukraine’s admission to the WTO in 2008, with trade focused on the import and export of raw materials and diverse equipment for civil and military purposes. Ukraine has been a prospective Belt and Road Initiative (BRI) partner since China proposed this program. The Chinese government has also demonstrated that it would include Ukraine as a partner country in the BRI.

It is obvious that Ukraine had high expectations for relations with China. However, it seems that the Chinese government failed to meet those expectations during the Russia-Ukraine conflict. At the most recent meeting between Chinese President Xi Jinping and Putin on February 4, China’s major official media (CCTV) referred to Russia and China as “old friends reunited.” The Chinese government’s one-sided stance now threatens to tear China’s relations with Ukraine apart. The question of how to repair this damage, and even whether China is willing to fix it, will create an awkward scenario for China’s future relations with Ukraine.

The Chinese government’s stance has also impacted the people of both countries. On the one hand, many Ukrainians live, study, and work in China, and some of them have established families there. The sixth Chinese Population Census (2010) ranked the number of Ukrainians in China as 36th out of 95 nations.

Many Ukrainians who are living in or who have lived in China are active on Chinese social media platforms – including posting about their life after Russia invaded Ukraine. For example, on YouTube a Ukrainian blogger named Masha, who returned to Ukraine from China in 2020, is enthusiastic about making videos in Mandarin. In one video Masha expressed her strong desire to return to China, but she was unable to do so owing to COVID-19. In her recent videos she has described how the conditions in Kyiv since the outbreak of war caused her to return to her hometown, a small Ukrainian town. Interestingly, despite the Chinese government’s official stance she expressed gratitude to her Chinese friends and netizens for supporting her and Ukraine in her video.

On the other hand, there are also many Chinese nationals living, studying, and working in Ukraine. During the early stage of Russia’s invasion of Ukraine, the Chinese government advised Chinese residents to show Chinese flags on their vehicles to protect themselves. However, China’s government neglected to mention that China’s stance on the conflict has infuriated Ukrainians. The Chinese government appeared to acknowledge this when it later issued a new official notification advising Chinese citizens in Ukraine not to publicize their identity.

China’s attitude has been frustrating for Ukrainians, including those with strong ties to China. Ukrainians in China have been confronted with strongly pro-Russian news and comments every day, which is extremely painful. Many Chinese people, particularly those living abroad, are also suffering because of the Chinese government’s stance. Most notably, China’s official positioning has made it extremely difficult for Chinese people in Ukraine to protect themselves and their families.

Not only will China-Ukraine relations remain awkward in the future, but Sino-Russian relations will be complicated further as Russia continues its invasion. It seems that the Chinese government may be moving to slightly distance itself from Russia’s invasion. On March 2, in a dialogue with the United States, China’s Foreign Minister Wang Yi expressed support for a de-escalation of the conflict, stating that negotiations between Russia and Ukraine were imminent. He expressed hope that NATO, the U.S., and the EU would participate in peace talks. Meanwhile, the official media narrative may be subtly shifting as well, with new directives to avoid both “pro-Russia” and “pro-Ukraine” stories.

A ceasefire in Ukraine is the most urgent need of the day. War has been, and always will be, the greatest enemy of humanity. The Chinese government must remember that as it continues to adjust its official stance.