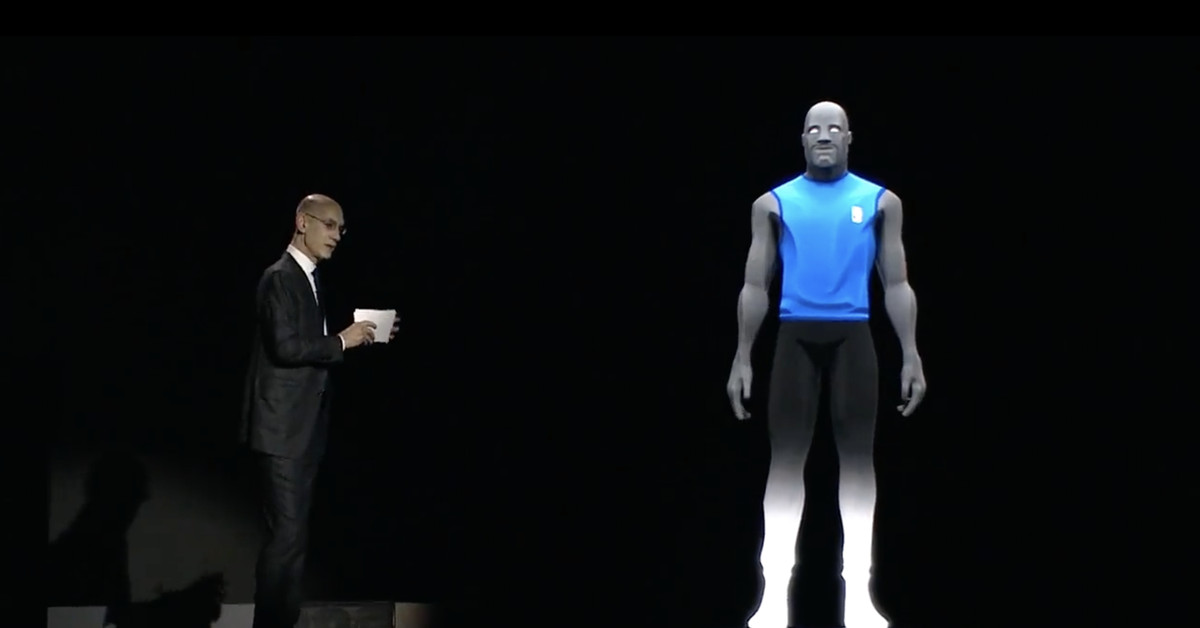 What’s the metaverse? It was a described as “a virtual world where people can socialize, work, and play” by Recode late last year after Facebook renamed itself Meta and seemingly went all-in on the concept. The metaverse is backed by “tens of billions of dollars,” which makes it something of an inevitability despite the fact that no one asked for this. As our billionaire tech overlords ignore the real world problems they helped create to instead try to figure out the exact utility of their latest monstrosity, other companies are trying to get in on the ground floor.

Unfortunately, that includes the NBA.

Ahead of All-Star Weekend, commissioner Adam Silver hosted a panel on Zoom that included Barack Obama, Masai Ujiri, Dikembe Mutombo, and a couple characters from the metaverse. After talking about the NBA’s investment in Africa, the conversation shifted to the metaverse, where Silver introduced “Coach Nat.”

Who is Coach Nat? You have to see that for yourself:

“My role is help coach, train, develop the next generation of NBA talent. I know all the best moves, and I’m untethered by one single dimension. I can even make a free throw.”

Coach Nat then proceeds to float off into the sky like Superman, just to reinforce how stupid all of this is.

So the next generation of NBA players will be trained by virtual reality hologram? Mark me down as skeptical on that one.

The NBA can do much better things with their time and money than get in on the metaverse. NBA basketball is one of the coolest things in the world, and the metaverse is legitimately the exact opposite of that.

Once again: no one asked for this. Sadly, that’s not going to stop it.